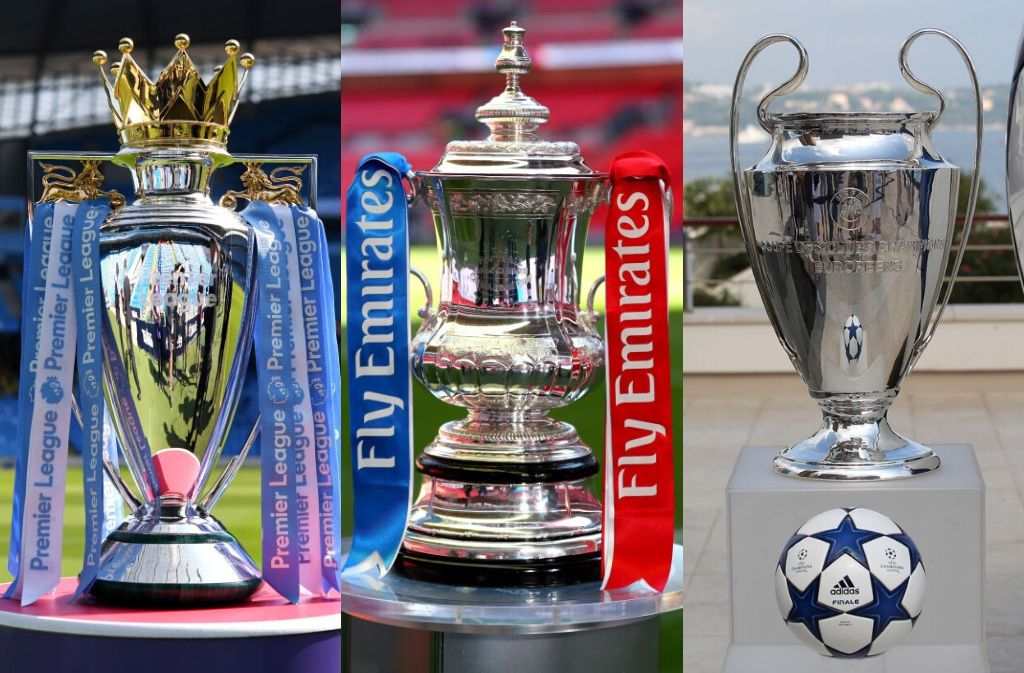 England has been home to some of the biggest football teams in the world. The English football leagues are watched around the world by millions of fans. English football has had a lot of teams that have been successful for multiple years. Certain clubs have been very consistent over the years. In this article, we will have a look at some of the most successful English clubs of all time.

Below you can see the most successful English clubs of all time, with at least one league title in English history ranked by the major honours they have claimed.

* Teams only included in ranking if they have won at least one league title. Major honours counted as season-long competitions (Charity/Community Shield and UEFA Super Cup not included), and no one-off competitions tallied towards the total. European trophies include European Cup/Champions League, Cup Winners’ Cup, UEFA Cup/Europa League and Inter-Cities Fairs Cup. Only top-flight league titles are counted as major honours.

Portsmouth’s two post-war league titles get forgotten quite often when discussing the south coast side (although not by their fans), but it’s their 2008 FA Cup win that’s freshest in the memory of the modern football fan…Obviously…Because it happened the best part of 60 years later.

Pompey’s side of that era, with Nwankwo Kanu, Sol Campbell, Niko Kranjčar et al, put together back-to-back top half finishes too – before being almost immediately mismanaged to three relegations in four years. They are now, slowly, rebuilding after that dramatic collapse.

Preston North End was a founder member of the Football League in 1888. In the 1888–89 season, the team won both the inaugural league championship and the FA Cup without conceding a goal. They were the first team to achieve the “Double” in English football and, as they were unbeaten in all matches, are remembered as “The Invincibles”. Preston won the league championship again in 1889–90 but their only major success since then has been their 1938 FA Cup Final victory over Huddersfield Town.

Sheffield United are playing some great football in their first season back in the Premier League. They were the first club in English football to achieve promotion from the newly formed Second Division to the First Division in 1892-93. The club was also a founder member of the Premier League in the 1992–93 season. They have won the league titles once and the FA Cup four times. They are one of the most successful English clubs of all time.

Their recent FA cup victory puts them 17th in the list of the most successful English clubs of all time. The Foxes’ profile and prestige were hugely boosted by their miraculous Premier League title win in 2016, and Champions League run the following season. They’ve also been in the top two divisions for all but one season of their history.

One of the biggest clubs from the midlands. Albion were one of the 12 founding members of the Football League in 1888, the first professional football league in the world, and have spent the majority of their existence in the top tier of English football. They have been champions of England once, in 1919–20, and have been runners-up twice. Albion have reached ten FA Cup finals, winning the Cup on five occasions. The first win came in 1888, the year the league was founded, and the most recent in 1968, their last major trophy.

Leeds is a big one-club city, the club had some serious success in their recent past and even got to the semi-finals of the Champions League in 2001. They have won three English league titles, one FA Cup, one League Cup among other trophies. The club reached the 1975 European Cup Final, losing to Bayern Munich. Leeds share rivalries with Manchester United, Chelsea and Millwall, as well as with local teams such as Huddersfield Town, Bradford City, and Sheffield Wednesday.

Maybe the peak of the ‘intangibles’ club. Wednesday haven’t won a league title for the best part of 90 years, or the FA Cup for about 85. They haven’t been in the Premier League since the turn of the century. As they are nicknamed, the Owls have won four league titles, three FA Cups, one League Cup. They are among the most successful English clubs of all time.

The Stadium of Light is huge and has a hardcore fanbase filling it. Sunderland have a history of being a really good football team – and have one of the country’s best rivalries to boot. They have won six League titles and two FA Cups. Undoubtedly, one of the most successful English clubs of all time.

Founded in 1865, Forest are now considered the oldest football league club in England after the relegation of Notts County to the National League in 2019. Brian Clough’s Forest side won the English league title, three League Cups and Two European Cups…within three years of getting promoted from the Second Division in 1977. Those European Cup wins are getting further and further away, but still, lend a lustre to the club despite their struggles this millennium.

In recent years, Wolverhampton Wanderers have seen success which has earned them a place in a continental tournament, the Europa League, for the first time in about 4 decades. Wolves have been performing extremely well in the past couple of seasons under the management of Nuno.

Wolves were English League champions three times (1953–54, 1957–58 and 1958–59), under the management of Stan Cullis. They have also finished League runners-up on five occasions, most recently in 1959–60. Wolves have won the FA Cup four times and the Football League Cup twice.

One thought on “Ranked: 20 Most Successful English Clubs Of All Time”