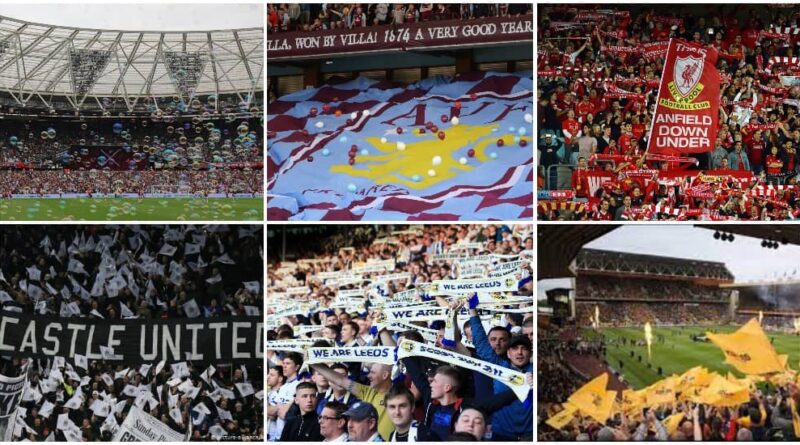 English Premier League is the most-watched football league in the world. People across the world support different teams from this league with full passion and love. Having passionate fans inside the stadium creates an incredible atmosphere that acts as the 12th man for the team. In this article, we have all the 20 clubs ranked according to the most passionate EPL fan bases.

Creating such a list is never easy, with fans of every club feeling that their club should be top. Thus, we have devised a way to properly rank them. We have taken into consideration the percentage of attendance over the last three years(excluding the 20-21 season), but most importantly it is based on the fan votes accumulated from websites like the92.net, footballgrounfmap.com etc. Here is the ranking of the most passionate EPL fan bases in the Premier League.

Dean Court, the home ground of AFC Bournemouth, has a capacity of below 12k, making it one of the smallest stadiums in the country. With under 12,000 seats at the stadium, the atmosphere is quite different in comparison with other grounds in the league. The percentage of attendance last season was just 84.1%, which is below average given the small size of the stadium.

Craven Cottage lacks the “fizz and crack” atmosphere produced at other grounds. While the Fulham fans are no less passionate than their counterparts at other clubs, there isn’t the hardcore rump of support that you find at other clubs around England’s capital. Their attendance figures in the Championship have also been somewhat poor.

There’s little denying that success brings new fans, but the majority of the City’s local fan base has witnessed a pre-Sheikh Mansour era. Their fans have historically shown tremendous support to their team. Their attendance figures over the last couple of seasons have also been great, in fact even better than some of the teams mentioned above. However, the matchday atmosphere sometimes can let you down.

Manchester United is the most supported football club in the world. Though the club has suffered a lot after the retirement of Sir Alex Ferguson, there is no decline in the support from the fans. Being a globally supported club, Old Trafford receives a high number of ‘tourist fans’ throughout the year, which is not always great for the atmosphere of the games.

When you’re at home and you’ve got a great backing, it’s brilliant. And when you go on the road and you can hear your fans signing it’s what you want as a player. It’s a credit to the Southampton fans who stuck to the team when they were in League One and on the brink of liquidation. It’s good that the fans stuck with them, and now they’re seeing Southampton playing week in, week out, in the Premier League. The atmosphere at the stadium is generally good, but the average percentage attendance of 92.3%, over the last couple of years, could be better.

Everton’s ground Goodison Park is one of the most iconic grounds in the Premier League. It has hosted more top-flight English football games than any other club. It first became the home of “The Toffees” in 1892 and is one of the world’s first purpose-built stadiums. Everton fans are not far behind their Merseyside rivals in terms of passion and dedication.

If you ever visit the Amex Stadium, you will fall in love instantly with this amazingly decorated piece of art. It got a facility of 30,750 which is more than a match for most of the top-flight. With its sweeping curves, the Amex is not less than a Hollywood beauty to a football fanatic. The potential fan base for the club is humongous. Brighton has a population of just under 300,000 and there are no such big rivals in the near locality.