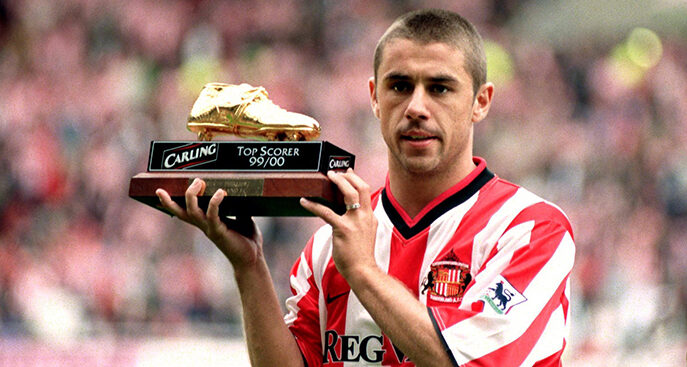 Sunderland football club have had some great footballers playing for them over the years. These players contributed to Sunderland’s legacy and left an everlasting mark on the club. In this article, we will have look at some of the greatest Sunderland players ever.

Based on consistency, longevity, success, impact, loyalty and dedication, here are the 10 greatest Sunderland players ever.

Born in Hendon, Carter was an explosive inside-forward who was rightly regarded as one of the best players in the country for the majority of the 1930s. Having made his league debut as a 19-year-old, by the time he was 24 he had won a League Championship medal, an FA Cup winners’ medal and appeared for England.

A superb all-round talent, he skippered Sunderland to victory in the 1937 FA Cup final. He also played first-class cricket for Derbyshire in 1946. He later became a football manager.

Halliday joined Sunderland in 1925, replacing Charlie Buchan. He has Sunderland goals to games ratio of 0.943, the highest of any striker in Sunderland’s history. He struck 165 goals in 175 games for the Black Cats of which included 156 league goals from 166 games, and nine in nine FA Cup outings.

Halliday scored 12 Sunderland hat-tricks, more than any other Sunderland player. He hit scored 4 goals in a game on three occasions. He is also Sunderland’s third highest goalscorer of all time. Halliday is undoubtedly one of the greatest Sunderland players ever.

Shackleton left Newcastle United to join Sunderland in 1948 for a then British record transfer fee – £20,050 – and became one of the most adored and loved players ever to pull on a red and white shirt.

He gained all of his England senior international caps whilst he was a Sunderland player and retired from professional football in 1957 after making 348 appearances for the team, scoring 100 goals.

Remembered as one of greatest Sunderland players ever, Watson spent more than a quarter of his long, successful career with the Wearsiders. He spent the whole of his Sunderland career in the Second Division, but was a key performer in the 1973 FA Cup-winning campaign, with his whole-hearted defensive display helping the club pull off a Wembley shock. By the end of his footballing career, he had made a remarkable 657 league appearances.