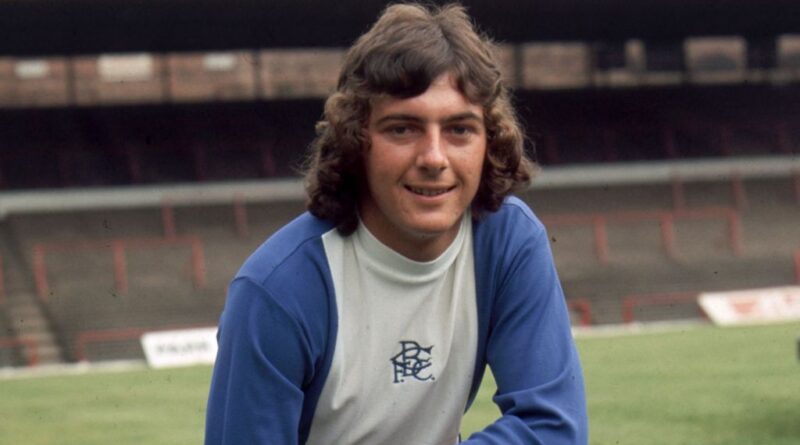 isTrevor FrancisBirmingham City is one of the biggest clubs in England, in terms of fanbase and support. They were formed in 1875 as Small Heath Alliance and acquired their current name in 1943. Birmingham have played in the top tier of English football for around half of their history. Many great players have played for the club in their history, let us have a look at some of the greatest Birmingham City players ever.

Here are the ten greatest Birmingham City players ever.

Jeff Hall had few peers defensively. A thinking man’s full-back, he oozed quality and drew on his powers of tremendous anticipation, rather than crunching tackles, to thwart opposition full-backs. Fast and tidy, Hall knew his job and carried it out with authority and composure.

Tragically, on April 4, 1959, at the age of just 29, Hall was struck down by polio, the last of his 265 appearances for Blues coming just two weeks before he died. It was his death that led to kick-starting widespread public acceptance in Britain of the need for Polio-vaccination. He was inducted in the Birmingham City F.C. – Hall of Fame in 2010.

Malcolm Page was a model of consistency, effort, endeavour and commitment. He served seven managers and appeared in every jersey apart from the goalkeeper’s during his time at the club.

Recognised as a defender or wing-half when he first started out, his personal preference was midfield but he was particularly adept at full-back. He made 391 appearances for Blues in all competitions over a 17-year career between 1964 and 1981. In 2012, he was inducted into Birmingham City’s Hall of Fame. He is one of the greatest Birmingham City players ever.

Alex joined Blues in June 1953 from Plymouth Argyle for a fee of £6,500. During his five-year spell at St. Andrew’s, the goalscoring winger made 187 appearances and scored an impressive 60 goals. He is credited with introducing ‘Keep Right On’ as the club anthem.

Speed merchant Alex Govan was the sort of outside-left who defenders found difficult to keep quiet. He was a key member of the Blues side that won the 1955 second-division title.

The following season he was in the team that helped the Club to their highest-ever league finish when they came sixth in the First Division and also reached the 1956 FA Cup Final where the Blues were beaten 3-1 by Manchester City.

When Kenny arrived at the club, he was a defender but was converted to a striker after Bob Latchford. He went on to win the club’s Player of the Year award that same year.

Many of his early appearances came at centre-half but he moved up front on a more permanent basis in 1974. His aerial prowess and physical approach were the perfect complements for the contrasting skills of Bob Hatton and Trevor Francis and Blues were never out of the top tier – until that side broke up.

His favourite goal came at Villa Park in September 1976 when he rammed home Francis’ cross and gave it the old double fist pump in front of the Holte End. He is, without a doubt, one of the greatest Birmingham City players ever.

Widely regarded as one of the finest centre-halves in Birmingham City’s history, Roger was the nephew of the great Bill Shankly. Hynd played for Blues between 1970 and 1975, making more than 200 appearances in that time and helping them earn promotion to the First Division in 1972.

He was voted Birmingham City F.C. Player of the Year in 1972. In 2012, Hynd was inducted into the Blues’ Hall of Fame, alongside a host of stellar names from the club’s history.

As a defender, Trevor Smith had it all. Strong in the air and an excellent reader of the game, his timing of a tackle was outstanding. The Centre half would go on to win two England caps and make 430 Birmingham City appearances – only five players ever had more.

Smith’s leadership qualities subsequently led to him being appointed captain and he led Blues to their first major trophy, the 1963 League Cup.

Latchford was the complete centre-forward, able to score and create chances for teammates using either of his feet or his head. Despite his height of 6 feet, he was very fast over short distances, a quality he used to his advantage when scoring many of his goals.

From 1967 to 1974, Latchford made 194 appearances and scored 84 goals for the Blues but like Trevor Francis, he felt his talents were being held back at Blues as they flirted with relegation.

He left the club to join Everton in 1974. Latchford achieved legendary status on Merseyside, becoming Everton’s highest post-War goalscorer with 138 in 289 appearances.

In an age where the word ‘legend’ is used all too readily in football, there can be no doubt it was a perfect fit for Gilbert Harold Merrick.

For the Blues goalkeeper turned manager was an icon of his club, one of the best players of his era and also a gentleman. It was fitting that, just weeks before his death, Merrick was the first inductee to Birmingham City’s Hall of Fame at St Andrew’s.

Merrick served Blues for 25 years, making a club record 551 league appearances as an imposing, fearless and agile goalkeeper. He then became manager and managed Blues to their first major trophy, the 1963 League Cup.

The greatest goalscorer in Blues history, Bradford hit the back of the net 267 times in 445 appearances. He was the leading scorer in the First Division in every season from 1921-22 to 1932-34.

From Leicestershire, he was invited for a trial at Villa but Blues were the only club interested and prepared to pay his travelling expenses – and ended up signing him as a professional in 1920.

Bradford also scored Birmingham’s only goal of the 1931 FA Cup Final, in which they were beaten by West Bromwich Albion. He was a hugely popular figure at the club.

Trevor Francis is considered the greatest Blues player of all time, and rightly so. He was a superbly gifted forward blessed with great pace, fine dribbling ability, sublime movement, and an eye for goal.

In 1979, Trevor Francis became the first British footballer to command a £1 million transfer fee when he moved from Birmingham City to Nottingham Forest. Although Brian Clough always claimed that the real figure was £999,999, in order to take the pressure of his new signing, the actual amount was £950,000, which spiralled to £1.18 million with add-ons and VAT.

Francis helped Blues win promotion to the First Division in 1972. He made 329 appearances and scored 133 goals for the Blues. He also managed the club between 1996-2001.

Checkout: 10 Players Who Played For Both Aston Villa and Birmingham City