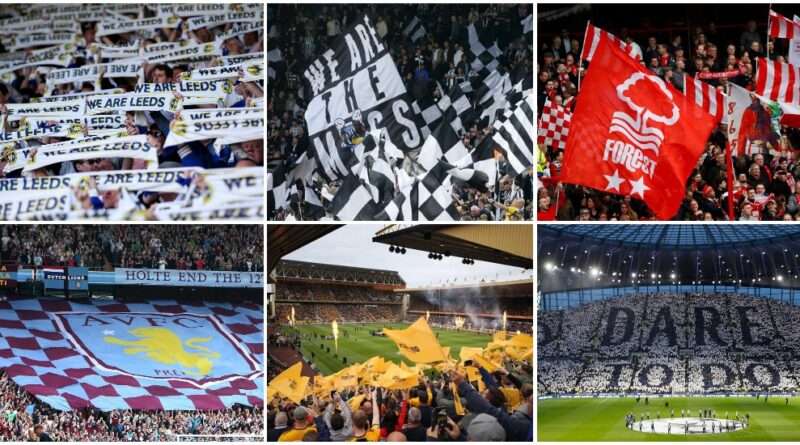 What sets up the match? It is, of course, the players who are in the foreground as they give their best. But there are many things in the background which sets up the match, like the rivalry between the two sides, the fans, the noise they create in the stadium, the vibe or the atmosphere of the stadiums, etc. Each and everything drives the players to push themselves harder for the respective teams they play for.

We often debate which stadium has the best atmosphere. So, in this article, we have collected the data from sites like the92.net, footballgroundmap.com, and other similar sites, which collect reviews from fans themselves. Let’s move ahead with ranking the Premier League stadiums on the atmosphere.

Based on fans’ votes collected from different sites, here is the ranking of the Premier League stadiums on the atmosphere.

London Stadium might be used as a stadium serving multiple sports. But West Ham United have sealed their name on it. The crowd at London Stadium is full of energy and they have put a green tick against the decision of 2016 of changing the ground for West Ham. However, the management needs to plan more to create buzz. It can be done through social media interactions and increasing fan sessions.

West Ham’s previous stadium, Upton Park, was one of England’s best in terms of atmosphere. It will take time for the current stadium to reach even near that level.

The crowd at Emirates used to be the biggest asset for the Gunners. But it has gone down in recent years. There are times that Arsenal players have said that the support at the stadium is little silent. According to many fan logics, it happens only because the supporters of Arsenal are immersed in the match. This leads them often to tension. Keeping this aside, some songs are played at regular intervals, the rounds of chants go again and again in which people take active participation.

Dean Court, the home ground of AFC Bournemouth, has a capacity of below 12k, making it one of the smallest stadiums in the country. With under 12,000 seats at the stadium, the atmosphere is quite different in comparison with other grounds in the league. The bulk of the home supporters are located in the Steve Fletcher stand, which is at the north end of the ground and holds some 3000 supporters.

In recent times, Etihad’s atmosphere has been quite uneven. In big matches, the City supporters turn up in large numbers and make a buzz, but in not-so-famous games, there is a clear lack of energy and enthusiasm among the spectators. Everything can be made good if the club performs well.

The atmosphere at the Old Trafford can be hit and a miss. The capacity of the Stadium is a whopping 74 thousand. But rather than using it completely for the club, it is used for commercial events and functions which can be seen by football fans as a downside. There are many statues. The most famous of them is the statue of Trinity which resembles the passion for football amongst the players.

The atmosphere at Stamford Bridge is good, thanks to the passionate fans of Chelsea. The stadium has seen a part of many historic matches. It was inaugurated in the year 1905. The Stamford Bridge Stadium can accommodate over 41 thousand spectators successfully. This is one of the reasons that there has been a lot of buzz in the recent past.

Craven Cottage has been the home of Fulham F.C. since 1896. It has a capacity of only just above 19k, making it one of the smallest stadiums in the Premier League. Craven Cottage lacks the “fizz and crack” atmosphere produced at other grounds. While the fans are no less passionate than their counterparts at other clubs, there isn’t the hardcore rump of support that you find at other clubs around England’s capital.