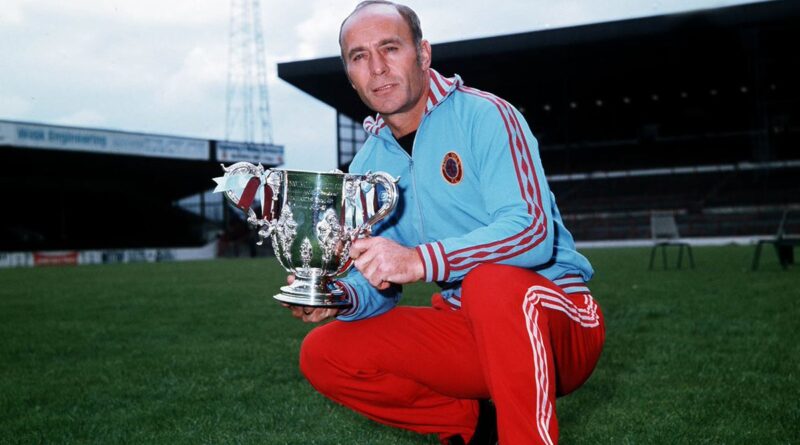 Aston Villa were founded in 1874 and went on to become one of the most successful English clubs. They have won it all, from English league titles, FA Cups and of course the European Cup. All of these were achieved with the help of some world-class players and the guidance of top managers. In this article, let us have a look at some of the greatest Aston Villa managers of all time.

Based on the impact, success, playing style, win percentage and fans’ opinion, here are the ten greatest Aston Villa managers of all time.

O’Neill was appointed Villa manager two weeks prior to the start of the 2006/07 season. He replaced David O’Leary, with Villa having narrowly avoided relegation the season before, finishing 16th. As seems to be his custom he hit the ground running, with his new charges remaining unbeaten in their first nine league fixtures, eventually losing to Liverpool in late October.

O’Neill didn’t win a trophy at Villa, but that was nothing new for the club in recent times. A definite highlight was the league cup run in 2009/10, where his side reached the final. Unfortunately, they lost out 2-1 to Manchester United, in a game where many felt the referee’s failure to send off Nemanja Vidic for a foul in the fourth minute, which may have cost Villa the trophy.

The controversial cup final defeat; the collapse in 2009 costing them a Champions League spot; it is perhaps pertinent that O’Neill’s worst moments at Villa are so directly connected to his best. He surely earns his place among the greatest Aston Villa managers of all time.

He’s a Villa fan and from a Villa family, so everyone loved Dean. He became manager of the club in 2018, taking over from Steve Bruce. He brought Villa back into the Premier League after beating Derby County in the 2019 Championship play-off final.

Dean Smith was sacked in November 2021, after a run of five successive defeats in the Premier League. He overall managed 134 games, with a win percentage of 41.04.

Taylor came to Villa after building the best Watford side of all time. He came to Villa with the responsibility of transforming a Villa side that had stuttered after winning the European Cup in 1982. Taylor came close to his first title win in 1990 when the Villans were runners-up to Liverpool. It was after this success that England came knocking and things went rather downhill for Taylor.

He is eternally underrated due to his spell as England manager. Taylor will never go down as one of the best managers in English football history, which is rather unfair.

Taylor’s England tenure started well with Three Lions going unbeaten for 23 games. Yet a poor Euro ‘92 and a disastrous qualification for the 1994 World Cup meant Taylor was shown the door, he would eventually return to Villa, although would fall out with the club’s chairman Doug Ellis after 15 months in charge.

Anyone for a bit of the Man Who Walks On Water – Sir Brian of the Little? 1994 to 1998, 68 wins in 164 matches with plenty of quality football to boot, European football and another Cup win. Little had returned to the club and it’s where he belongs.

Under Little, young players like Mark Bosnich and Ugo Ehiogu were now getting more first-team chances. The new-look Villa team gelled well, and 1995–96 was a successful season at Villa Park. The club finished fourth in the Premiership, reached the FA Cup semi-finals and won the Football League Cup with a 3–0 win over Leeds United at Wembley.