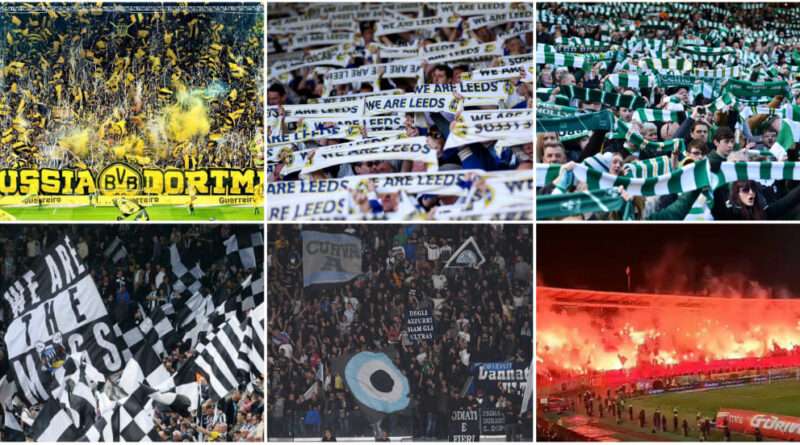 Europe has some of the world’s best football clubs. The standard of football here is generally of a much higher level compared to the rest of the world. Some of these clubs have passionate fanbases, creating an incredible stadium atmosphere. In this article, let us look at the stadiums with the best atmosphere in Europe.

Here are the 15 stadiums with the best atmosphere in Europe.

Feyenoord fans are arguably the most passionate in the Netherlands, despite Ajax and PSV enjoying the majority of the success in recent years. De Kuip is known for its incredible atmosphere, opposing teams and fans will be left feeling far from home. The fans have a special bond with the club and the stadium is like a second home to them.

Ibrox is the third-largest football stadium in Scotland, with an all-seated capacity of 50,817. The atmosphere in this stadium at bigger games is absolutely electrifying. For the vibrancy, passion and intensity on and off the pitch, nothing compares to the matchday experience at an Old Firm fixture.

Sukru Saracoglu Stadium was opened in 1908 and has been the home ground of Fenerbahce ever since. Fenerbahce fans are so passionate that they will set fire to their own ground and riot in the city when they lose important matches. Their longest-running and deepest rivalry is with Galatasaray, with matches between the two being referred to as Intercontinental derby.

Stade Geoffroy-Guichard has been the home ground of Saint-Etienne since 1930. Their fans are certainly amongst the most passionate football fan bases in France. The last few seasons have seen Saint-Etienne battling against relegation which ultimately resulted in demoting to Ligue 2 in 2022. But even during the hard times, the fans were still there to cheer them up, making so much noise you’d think they were winning.

There are very few things more stirring in football across the world than hearing Liverpool supporters passionately belt out ‘You’ll Never Walk Alone’. The atmosphere generated inside the stadium is electric and very few clubs can rival this. The Kops are considered to be one of the loudest of all fans around the world. Anfield has one of the best atmosphere in Europe.

17 thoughts on “15 Stadiums With The Best Atmosphere In Europe”