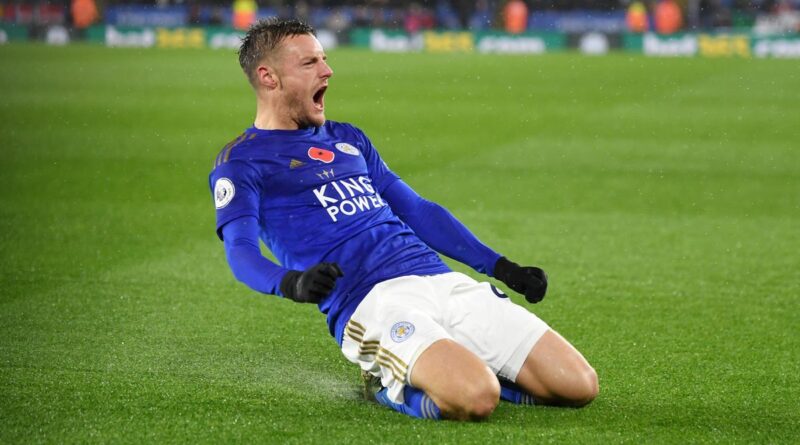 Leicester City defied expectations when they won the Premier League in 2015-16. It was a great team effort and players like N’golo Kante, Riyad Mahrez, Jamie Vardy & Wes Morgan, were the standout performers. But how many of them have made it into this list of ‘Greatest Leicester City Players Ever? Check out yourself, this list also includes players from the pre-Premier League era.

Current captain Wes Morgan, aged 37, has to go down as one of the most influential City players ever to play the game. He joined from arch-rivals Nottingham Forest for an undisclosed fee in January 2012 and has gone on to make over 320 appearances for the Foxes.

He has captained the club to both second-tier and Premier League titles as well as leading the way in the “Great Escape” of 2014-15, where the Foxes won seven of their last nine Premier League games to ensure survival. He also won the FA Cup with the Foxes in 2021.

Morgan’s image of alighting the Premier League trophy at the King Power stadium in 2016 will remain in the City’s fans’ minds for decades to come.

Signed from Chesterfield for £7,000 in July 1959, Banks was part of the side that reached the 1961 and 1963 FA Cup finals before going on to lose to Tottenham and Manchester United respectively. He would clinch silverware with the Foxes in 1964, though, winning the League Cup 4-3 on aggregate over Stoke City before losing 3-2 to Chelsea the following season.

Regarded as one of the greatest goalkeepers of all time, he was named FWA Footballer of the Year in 1972, and was FIFA Goalkeeper of the Year on six occasions.

Rowley holds the club record for the most goals in a single season at Leicester City, scoring 44 goals in 42 league matches in 1956–57. He is Leicester’s second all-time top goalscorer, netting 265 times for the Foxes, 8 goals short of Arthur Chandler’s record.

He holds the record for the most goals in the history of English league football, scoring 434 from 619 league games.

Super Steve Walsh is an undisputed Leicester City legend, hailed by Foxes fans young and old for his time at the club during the 1990s. Walsh was part of the side that won two First Division play-off finals (in 1994 and 1996) as well as two League Cups under Martin O’Neill in 1997 and 2000.

In 1994, he scored two of the most memorable goals in the club’s history as they beat fierce rivals Derby County to achieve promotion to the Premier League. Walsh is one of the greatest Leicester City players ever.

Regarded by the Foxes faithful as the most talented player ever to wear the Foxes badge prior to the 2015/16 season, the winger joined the East Midlands club, having signed in 1971 for £100,000. The only criticism of Weller is the Foxes never finished above seventh place during his eight-year spell.

Saying this, Weller alongside Frank Worthington, Jon Sammels, and Alan Birchenall, City did play the most attractive football Filbert Street has ever seen.

Weller suffered from a rare form of cancer and sadly passed away in 2004, aged 58.