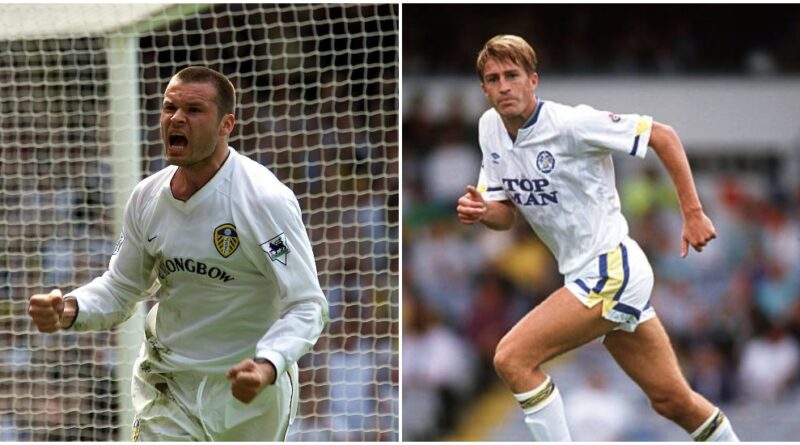 Leeds United is one of the biggest and most popular football clubs in England. They have a huge fanbase and a rich history. Many great players have played for the club, including some of the deadliest goalscorers. In this article, let us have a look at some of the greatest Leeds United strikers ever.

Based on the number of goals scored, frequency, contribution to the team and consistency, here are the ten greatest Leeds United strikers ever.

Tony Yeboah spent two seasons at Elland Road between 1995-1997. He is considered one of the most prominent and prolific goal scorers in Ghanaian and African football history. Twelve league goals from 16 starts helped Leeds into a UEFA Cup berth but the following campaign was even more spectacular.

He scored a series of notable goals. Stunners against Liverpool and Wimbledon won him consecutive Goal Of The Month awards; the former also scooped Goal Of The Season. He also scored a hat trick in Monaco, that made him the toast of Europe. Sadly, it didn’t last. He got injured in March 1996 and never regained his form.

The Dutch striker joined Leeds United from Boavista in 1997. He spent the next two seasons at Elland Road, where he was the top scorer for the club on both occasions. He scored an impressive 22 in 37 starts in his first season. In 1998/99, he finished joint top scorer in the Premiership (alongside Owen and Yorke) with 18 goals.

However, he and his agent were dissatisfied with the contract offered by the club, and though he still had two years to run on his existing deal he was sold to Atletico Madrid.

Joe Jordan was a strong, fearless and committed player, with the skill to match, and good aerial abilities. Seen as the successor to Mick Jones, Jordan joined the club in 1970 from Morton. 1973/74 proved to be Jordan’s breakthrough — he won the title with Leeds and starred in Scotland’s World Cup campaign.

The Lilywhites’ march to the 1975 European Cup final saw Jordan become the most sought-after centre-forward in Europe but he didn’t leave for three more years when Man United made a record £350,000 bid.

Howard Wilkinson signed Lee Chapman from Nottingham Forest for £400,000, halfway through the 1989-90 season. Chapman was part of the Leeds team that won the Second Division title and promotion to the First Division in 1990. He went on to be the club’s top scorer in every full season he spent at the club.

He left the club in 1993 for Portsmouth but did return for a short spell in 1996, where he only played two games without scoring. Overall, he is one of the greatest Leeds United ever.