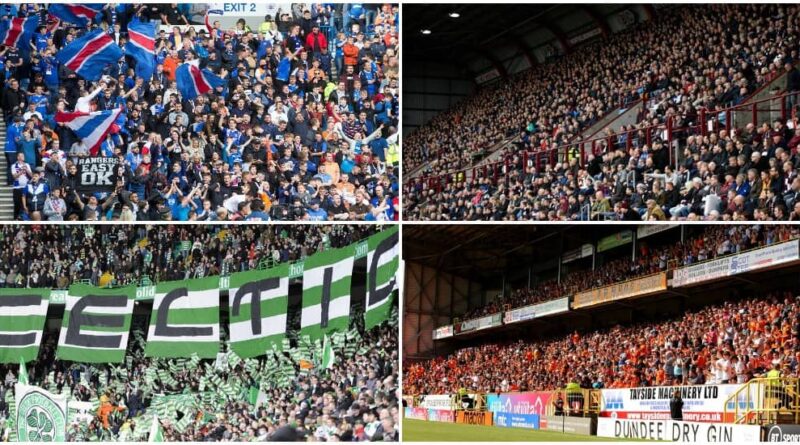 Football stadiums serve as a second home for football fans, that is where the fans go and support the team they love. It is a place where nothing else matters for 90 whole minutes. You forget everything in the middle of a crowd of thousands of die-hard fans whose chants are like music to your ears. All you can see is the ball at the feet of players you adore.

Scotland is a country with very passionate fanbases. These fans create an atmosphere in the stadium that is not seen very often. There are many beautiful stadiums in Scotland, some of them are huge in size and some are just stunning to look at but today we are going to list down the best stadiums in Scotland according to the atmosphere.

We have only ranked football clubs’ stadiums. Here are the ten best stadiums in Scotland according to the atmosphere.

The home of Motherwell since 1895, Fir Park, has an all-seated capacity of 13,677. The atmosphere there is very refreshing. Songs like “‘Well, ‘Well, Super ‘Well Super Motherwell” and “We’re the pride of Lanarkshire” echo through the stadium on match days. Despite being not such a big club and not having a huge arena, the fans still make the atmosphere worth the while for the visiting teams. The stadium has four stands with one stand being quite bigger than all the other three.

Almost always a good crowd at Pittodrie with a great noise. It is an old stadium but a beautiful one. Pittodrie is an all-seater stadium with a capacity of 20,866 and has been serving as the home of Aberdeen since its inception in 1903. It is one of the biggest stadiums in the Scottish League. The arena consists of four stands and has a beautiful location. Due to the old nature of the stadium, the club might move to a new stadium rather than redeveloping the old Pittodrie.

Dens Park, which is also known as Kilmac Stadium, is the home of Dundee FC and is at the distance of just 200 yards from the city rivals Dundee United’s stadium Tannadice. It has a capacity of 11,775. Dundee’s home ground gives an atmosphere of a traditional old-time stadium. It is among the oldest stadiums in the UK and was built in 1899. It probably needs some renovation but the old-school look of the arena puts it among the best stadiums in Scotland according to the atmosphere.

McDiarmid Park is a stadium of just about 10k capacity but the atmosphere there is always electric. The fans are always producing a rocking atmosphere at the arena making it hard for the opposition team to focus. The fans always act as the 12th man for the club, especially in big matches, and it can make a lot of difference. McDiarmid Park has been the home of the Scottish Premiership side since its opening in 1989. It is also the first purpose-built all-seater stadium in the United Kingdom.

2 thoughts on “10 Best Stadiums In Scotland According To Atmosphere”