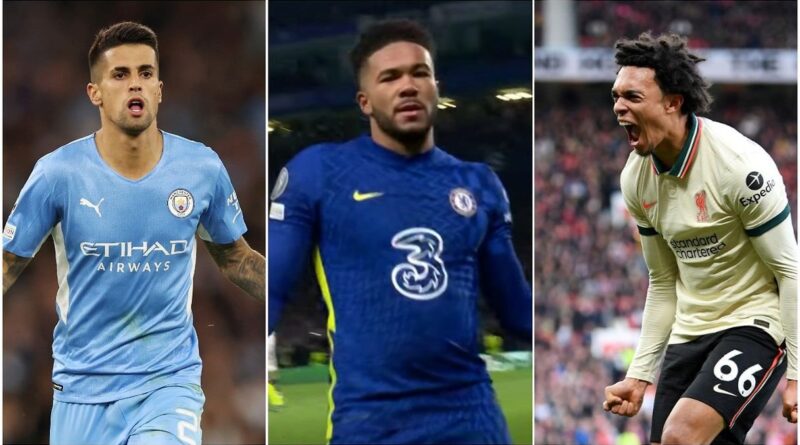 Those days are gone when the defenders were used to guard the fort and the forward players used to attack and score goals. The game has changed a lot from before and now it has become more adventurous, nowadays a defender not only protects their goal but they even help their midfield and forward players to score goals. Finding a perfect full-back is surely a rarity and in this article, we have ranked the best right-backs in the world right now.

In today’s football game a fullback must have dribbling skills as well as pace to go through all the opponent players and produce a cross for his teammates or score by himself when you’re in a better position to do it. It is definitely not an easy job to do it for the full 90 minutes, where tackling and attacking are involved.

Here are the 10 best right-backs in the world right now.

Having played as a winger earlier in his career, Cuadrado has established himself as a winger in Turin. He is lethal in front of goal and supplies great crosses into dangerous areas. He is also fast and can cover more ground compared to other players.

The Frenchman, who recently joined Marseille from Ligue 1 club Lens, had a great past 24 months. He made 42 clearances and 73 interceptions for Lens last season, which is among the best in the league.

Clauss also attempted 348 crosses, which is among the best in the European top 5 leagues. He had 11 assists and 5 goals in the league last season.

He came into the limelight with his performance during the FIFA World Cup 2018. It earned him a move towards the German champions Bayern Munich.

Pavard is more adept in his defensive duties rather than the offensive ones. He doesn’t often overlap his winger and provides an option inside the pitch. The French international has slowly but surely become one of the best right-backs in world football right now.

This 29-years old Spanish right-back joined Real Madrid in 2013 and has been one of the best right-backs in the world ever since. He has been playing for Real Madrid for the past 9 years and has won lots of trophies in his career.

Passing, dribbling, holding, and blocking are the main thing he loves to do with the ball. Carvajal is quick on the ball and combines his defensive awareness with bombing runs up and down the right flank, making him a fantastic modern-day right-back.

Reece James’ rise over the past two years has been nothing short of meteoric. James is already a master of the wing-back role and has been unplayable there at times in the last year, combining monstrous strength with wicked crossing technique and finishing ability.

The fact the Chelsea youngster has forced his way into the England set-up, despite the wealth of right-back options, is a testament to his ability and character. Still just 22, he has plenty of time to develop into a truly magnificent defender.

Newcastle United’s Kieran Trippier is among the best right-backs in the world right now. Since joining the club in January 2022, the Englishman has produced a string of good performances.

Tripper isn’t the quickest or strongest right back in the world, but his composure, crossing and pinpoint set-pieces make him a danger going forward, and his positioning means he rarely gets caught out by opposition wingers.

One of the most consistent right-backs of the last decade, Kyle Walker has been a regular for both his club and country. Ever since joining Manchester City from Spurs in 2017, Kyle has never looked back. He has won four Premier League titles and a total of ten trophies in that time period.

He remains the same blend of power, pace and determination he has always been. His defensive ability makes him a shoo-in for big games and important assignments. The only thing that stops him from being higher on the list is his crossing, which could be improved a little.

Despite the wealth of other superstars in the PSG team, Hakimi still manages to shine. He is a very good dribbler of the ball and has good finishing ability as well. The 23-years old still has the best years ahead of him.

He can play on the left, he can play on the right, and he even pops into central midfield from time to time. Come to think of it, there is very little that Cancelo can’t do. He is good at passing and crossing. He even switches flanks from right-back position to left-back to make the attack more strong.

Cancelo has been one of the best players in the world in any position this season and is a big reason that City have been so good over the past 24 months.

Almost a deep-lying, right-sided playmaker at this stage, Trent Alexander-Arnold has redefined what it is to be an offensive right-back altogether – and no one does it better. However, some defensive improvements could still be made.

The 24 years old English footballer has already made a big name for himself with his extraordinary performance in the Premier League and Champions League. He has won the UCL and PL with Liverpool in the past couple of seasons, in which he played a crucial role. Arnold is well known for making accurate passes, playing long balls, and making perfect tackles to win the balls from the opponents.