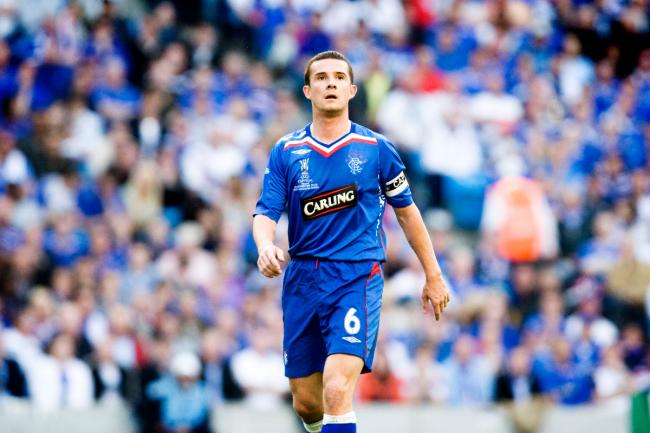 Rangers along with Celtic are considered the best clubs in Scotland. Rangers F.C. is one of the most honored clubs in the world having won 116 major trophies in its rich history and has the record for winning the most league titles and trebles in the world, winning the Scottish League title 55 times and the domestic treble on seven occasions. They have also won Scottish Cup 33 times, the Scottish League Cup a record 27 times, and 1 European Cup Winner’s Cup.

Over the years, a lot of extraordinary players have plied their trade at the iconic home of the Glasgow giants and helped them rack up success after success and also made a good name for themselves. In the article below, we’ll be discussing the 10 greatest Rangers FC players ever.

It is harmless to say that Laudrup is the best foreign player to ever play for the Rangers. He was signed by the club in 1994 from Fiorentina for £2.3m after that he was a star for the club and the way he played he made things look so easy with magic in his feet. His best performance was in the 1996 Scottish Cup Final where he scored two goals and set up three against the Hearts which is also known as the ‘The Laudrup Final’. He also played for some other good clubs like Bayern Munich, AC Milan, Ajax and Chelsea.

Derek Johnstone made 546 appearances for the Glasgow Rangers while playing there for almost 14 years. He won 14 trophies with the club. Johnstone was an all-round player who could play as a midfielder and as well as a central defender but he was mainly a striker who scored 210 goals for the Rangers. He made his debut with Rangers at the age of 16 in 1970. He was also a part of the team that won the Cup Winners’ Cup in 1972.

Albertz was one of the very favorite players of the Rangers supporters and was also very popular in his five-year stay at the club. He had the brilliant ability to score sublime free kicks and ice-cool penalties. His rocket of a left foot was one of the best in the country at that time. The German midfielder made arch rival Celtic suffer on numerous occasions, scoring eight goals against them. He scored 82 goals for the Teddy Bears in a total of 182 appearances. He is one of the greatest Rangers FC players ever.

Jim Baxter is arguably the most gifted Scottish player ever. He was a very talented and naturally gifted player and is regarded as one of the best Scottish players ever. The Scottish midfielder joined the club in 1960 for £17,500 and went on to win 10 trophies in the five years with the Rangers including 3 Scottish League First Division, 3 Scottish Cup, 4 Scottish League Cup. He is also included in the Scottish Hall of Fame. He didn’t quite get the world-class career he potentially could have due to his gambling and drinking problems which forced him to retire at the age of only 31.