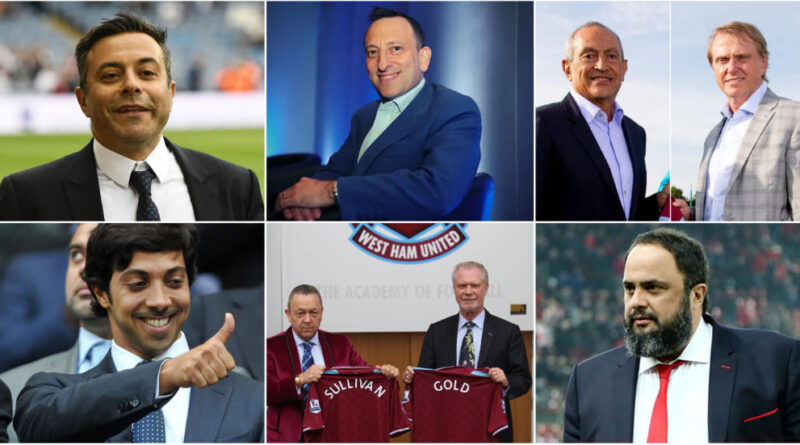 How a club performs in a match is dependent on the managerial tactics and how well are the players able to act on them. However, it is the owner who is responsible for the direction where the club is headed.

If the owner invests in the club, the club is surely moving upwards, maybe not instantly, but sooner than later. If he doesn’t invest, but rather drains the club out, then it affects the club negatively.

In this article, we have the Premier League owners ranked from worst to best.

Considering fan votes, critics’ opinions, success and the atmosphere around the club, here are the Premier League owners ranked from worst to best.

Chelsea finalized their purchase by an investor group led by Todd Boehly and Clearlake Capital in the summer of 2022. Chelsea were never shy to spend big bucks under previous owner Roman Abramovich and fans will hope the same from new owners. We have not ranked them as their ownership is brand new.

Manchester United fans have never been secretive about their hate towards The Glazer Family. You can see the “Glazer Out” protests as a recurring image. The final nail in the coffin was the whole European Super League saga where the Glazer Family was the front-runner along with Florentino Perez.

Mikel Arteta’s Arsenal have made a strong start to the current Premier League season. However, for the majority of the last decade, it has only been a shadow of the elite club it once was. The bulk of that blame could be dumped on the owner who didn’t make funds available for the managers before. This new Arsenal has the required firepower, with better ownership they could compete for trophies consistently.

A lying owner is not exactly the owner you need for a club that you love with all your heart. It’s amazing how there are owners worse than David Gold and David Sullivan. If it weren’t for the other owners’ role in the European Super League, these two would have been ranked 20th. The lack of confidence is evident by that one incident where the fans invaded the pitch during a match against Burnley.

Farhad Moshiri is on a mission to make Everton dominate the Premier League as well as Europe. He has been bringing reinforcements to ensure that the club’s goal is reached. They have a new stadium on the way on Liverpool docks as well. However, the club has been going through some really bad form since last season.

Southampton are a club that not only invests a decent amount of money into their team but also back their managers and players. Most of the owners would sack the manager who loses 9-0, however, Gao Jisheng did not sack Ralph Hassenhuttl for losing by such a huge margin twice. However, letting go of Danny Ings was a rather questionable decision considering how he was their main goal scorer.

Russian-born British businessman Maxim Victorovich became the co-owner of AFC Bournemouth in 2011 before entirely buying the club soon after. The club has continued to increase expenditure on transfers ever since. Bournemouth are back in the Premier League again for the 2022-23 season.

3 thoughts on “Premier League Owners Ranked From Worst to Best”