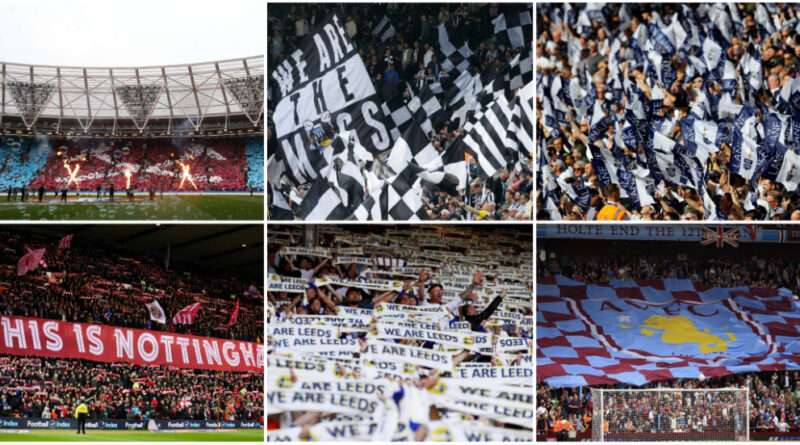 Premier League is the most-watched football league in the world. Fans around the world support their team with passion and dedication. Some of the clubs are able to fetch more crowds than others. In this article, we have the Premier League clubs ranked according to attendance percentage during the 2022-23 season.

Here are the Premier League clubs ranked according to attendance percentage. Stats are updated till 13th Nov, just before the World Cup break.

Even with the smallest stadium in the Premier League, Bournemouth’s turnout has only been 90.6% of their stadium’s capacity. Their average attendance so far this season has been 10,269. The capacity of their stadium is 11,329.

Craven Cottage’s capacity is still a doubt, as there is work going on for the redevelopment that will take the capacity to 29,600. However, we have considered the current capacity of 25,000. The average turnout so far has been 22,728.

Irrespective of the numbers that turn up, the atmosphere of the stadium is top-notch. It’s widely acknowledged that Eagles supporters are some of the best around, producing brilliant fan displays on a regular basis, and creating one of the most imposing atmospheres in the Premier League. The average turnout this season has been 24,632, which is a little lower given the passion the supporters have for the club.

The capacity of Southampton’s St Mary’s Stadium is 32,384 and it has been 95.1% full this season. The average turnout for their home games has been 30,799. They have made a poor start to the Premier League season with just 12 points in 15 games.

Back in the Premier League after quite a while, Nottingham Forest’s average home attendance so far has been 29,040. Given that Forest fans are one of the best in the country, we expect this number to rise soon. With 22 signings made in the summer, Forest are looking to make the most of their time in the Premier League.

Leeds fans are known to be one of the most passionate fans in the country. Elland Road is always an intimidating place for opponents to visit. The average attendance this season has been 36,441. It is a bit below expectation, but we expect it to go up as the season progresses.

Wolves finished 10th last season and have made a below-par start to this campaign. Fans will hope that the tide will soon turn in their favour. The average attendance of the Molineux has been 30,959, with 96.6% of its capacity.