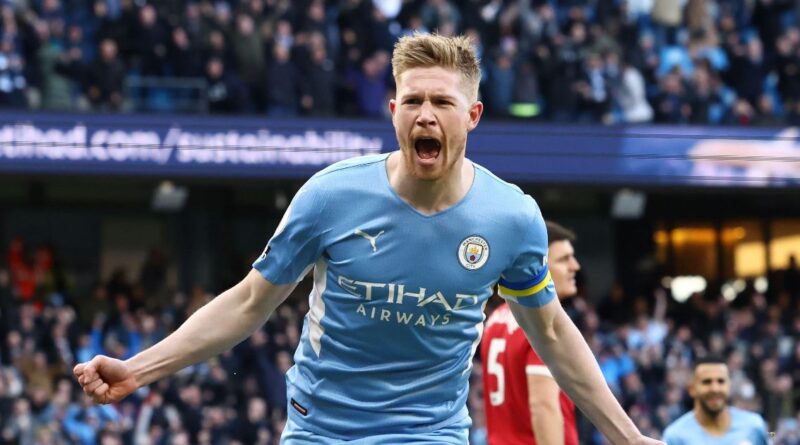 Midfielders are the one who controls the game from behind. They maintain possession and give key passes from which the best part of the game comes: Goal!  These players are the link between attack and defence, often playing defence-splitting passes and breaking up opposition play as and when required.

Over the last year, we have witnessed many amazing midfielders go about their business. All the best teams across Europe have that one player capable of making a difference at the centre of the field. Let us have a look at some of the best midfielders in the world right now.

Considering a variety of factors such as match rating, goal involvement, interceptions, clearances, chances created, crosses, and passing accuracy, here are the 15 best midfielders in the world right now. We have not included players who also play as forwards such as Salah, Fekir, Muller, Mane, or Sterling.

Bruno Fernandes is among the best midfielders in the Premier League. He has a knack for scoring goals as well as providing them. He is also good at creative passing and attacking gameplay. He had an average last season but will hope to do better this term.

The Italian has been one of the best in the business for quite a while now. The PSG superstar knows how to string a pass and has mastered in it. He played an important role in Italy’s Euros triumph in 2021.

Gundogan has always been a classy playmaker, but over the last 18 months, he has added a goalscoring element to his game. This has made him an even more effective midfielder. It’s a shame that he doesn’t get to play as many games being in a star-studded Man City team. But whenever he is called upon, he makes sure he delivers the goods.

Modric is ageing like a fine wine. Even at the age of 37, he is among the best players in the Real Madrid team. He was instrumental in his side’s Champions League triumph. Even though his performances in La Liga last season weren’t that impactful, he has still done enough to earn himself a place among the best midfielders in the world.

The English midfielder is a wanted man in world football right now. He’s everything you want in a footballer, from influencing games in the final third to being an excellent ball-winner and good passer. It will be interesting to see how his future pans out.

Parejo was arguably the best midfielder in La Liga last season. He is an excellent passer of the ball and keeps a cool head under pressure. Parejo created 66 chances in La Liga last season and provided 10 assists. He also made 29 interceptions and 15 clearances. It’s a shame that he still remains an underrated player, even at such a late stage of his career.

Bernardo Silva was back to his brilliant best last season and was one of the best players in the Premier League. He has become the player that makes Guardiola’s side tick. He is a wizard with the ball at his feet, and he works just as hard to win possession back for his side. Silva gets into any team in the world on current form. Last season, he made 20 interceptions and provided 14 clearances, which shows the less talked about the defensive ability of this player.

Hakan Calhanoglu joined Inter Milan in 2021 and has been exceptional ever since. The Turkish midfielder has been one of the finest playmakers in the league and played a key role in Inter Milan’s Coppa Italia triumph last season. He had 7 goals and 12 assists in the league last season. Calhanoglu also provided 16 successful crosses from open play and made 25 interceptions in the Serie A.

Entering the twilight years of his career, Payet is still one of the best performers in Ligue 1. Last season, he scored 12 goals and provided 10 assists in 31 games for Marseille. He also created 99 chances and proved 18 successful crosses from open play.

Sergej Milinkovic-Savic had a great last season for Lazio. He has been at Lazio since 2015, but under Maurizio Sarri, he is playing on a completely different level. He can create goals, make assists, and also has defensive awareness. Last season, he made 34 interceptions, and 40 clearances and had direct involvement in 22 goals in Serie A.

Florian Wirtz is one of the hottest prospects in world football right now. The 19-year-old had an impressive 2021-22 campaign for Bayer Leverkusen. A cruciate ligament rupture in March cruelly ended his season prematurely but till then he had shown enough to earn himself a place among the best midfielders in the world right now. He scored 7 goals and provided 10 assists in the 24 games he played in the Bundesliga last season. He also attempted 16 through balls and made 13 interceptions.

Rennes midfielder Benjamin Bourigeaud enjoyed the best season of his career last term. He managed 11 goals and 12 assists in Ligue 1 last season, while also creating 122 chances. He started in all 38 games for the club, proving his consistency. He also managed 30 interceptions and provided 29 crosses from open play, both of which were among the best in the league.

What an immense last 12 months have been for Rodri. He was among the best players in the Premier League last season. He plays as a single pivot which allows Guardiola to play attack-minded players in his midfield. Rodri also packs the ability to score some long-range goals too. He made 42 clearances in the Premier League last season and had a passing accuracy of over 91%.

Kimmich can play as a full-back, a number eight, or a creative 10. The 27-year-old German international was transformed into a defensive midfielder from a full-back by Pep Guardiola and he hasn’t looked back. He is now the fulcrum of one of the best teams in the world and is charged with winning back possession, starting attacking moves and making those all-important fouls whenever necessary. Last season, he made 52 interceptions and attempted created 80 chances.

De Bruyne is arguably the most complete midfielder in the world. He is creative, powerful, and skilful and can pass, shoot, dribble, tackle, and cross – all with either foot. His vision for passes makes him one of the best footballers in the world. Last season, he was directly involved in 23 goals in the Premier League and created 87 chances for his teammates. He also averaged 3.59 key passes per 90 mins in the Premier League.