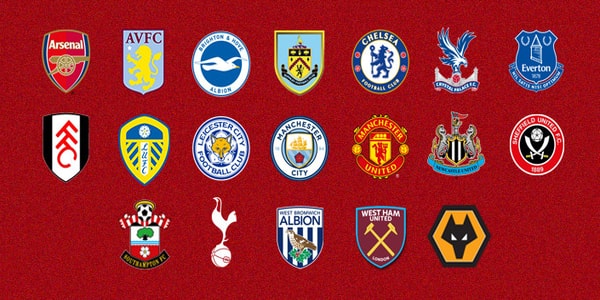 It’s well known that the Premier League is the richest domestic competition in world football, but which club has the most valuable squad? Using data from Transfermarkt, we’ve ranked all 20 teams on that very question.

Of course, a player’s actual value is determined by how much a buyer is willing to pay for him. The figures here are therefore estimates, albeit ones based on relevant factors such as ability, age, contract status and plenty more.

West Brom finished second in the Championship last season, resulted in qualifying for the Premier League. However, they are at the 19th place in the league table at the moment. West Brom has a collective squad value of worth €121.25m. Their most valued players are Matheus Pereira(€18.00m), Grady Diangana(€12.00m), and Karlan Grant(€9.00m).

A club of Burnley’s size can probably never feel completely relaxed about their Premier League status, but under Sean Dyche’s astute management, the Clarets have managed to establish themselves in the top tier. The extent of Dyche’s achievement is evidenced by the fact that, even after four successive seasons at this level, Burnley’s squad has the lowest collective value of anyone but relegation battlers West Brom. Centre-Back James Tarkowski is their most valuable asset, with the price of €25m, followed by Dwight McNeil (€22m)

At the time of writing this article, Sheffield United has already been relegated and will not be a part of the next edition of this article. This came as a surprise given the fact that the club finished at 9th place last season. The club didn’t spend heaps of money and still boasts a handful of players from their League One days. Their most valuable player is Sander Berge (€18m), followed by Oliver McBurnie (€12m) and Rhian Brewster(€12m).

Crystal Palace refused to sell star man Wilfried Zaha for anything less than £80m in 2019, reasoning that the Ivory Coast international is so integral to their survival chances that it’s better to retain his services than risk giving up the riches that come with Premier League membership. Zaha(€45m) is easily the most valuable player at Selhurst Park, Eberechi Eze(€20m) comes in at number two.

Leeds won the Championship last season under the management of Marcelo Bielsa. In their first season back into the top flight, they have been excellent. They are currently at 11th place in the league table and are playing some attractive football. Their most valuable player of the current squad is Kalvin Phillips, who is worth €27m, followed by Raphinha (€25m) and Rodrigo (€20m)

Fulham have a squad value of €223.10m. Their most valuable player is André Zambo Anguissa, with a valuation of €25m. Aleksandar Mitrovic is the next most valuable player(€18m), followed by Bobby Reid (€10m) among all the permanent players of Fulham.

After narrowly avoiding relegation in the 2018-19 season, Brighton felt a change of direction was in order. Out went Chris Hughton and in came Graham Potter, who implemented a more progressive, attack-minded style of play at the Amex Stadium. However, even in the last season, the club only managed to finish 16th. This season, they are at 14th place currently.

Their most valuable players are Ben White and captain Lewis Dunk, both valued at €25m. Centre Forward Neal Maupay has been valued at €20.00m.

Southampton’s better years of football were in 2015-2017, but they managed to stay up and perform. Their squad is another valued at a little over €250m. There are few players in the €15m-30m bracket, with James Ward-Prowse (€28m) topping the charts. Bednarek and Ings are valued at €25m and €22m respectively.