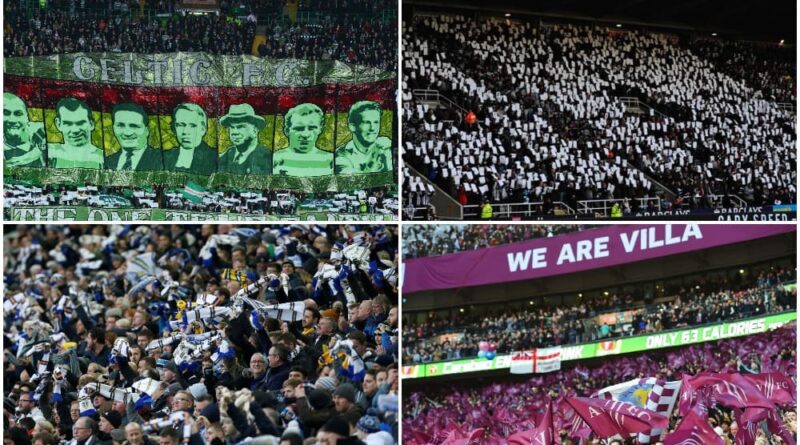 The United Kingdom has some of the biggest and most followed football clubs in the world. Millions of supporters have pledged their loyalty to these clubs. Let us have a look at some of the most passionate football fan bases in UK.

Certainly the old cliche of asking whether big stars “can do it on a wet Tuesday night in Stoke” has become something of a punchline. The stadium filled with passionate fans remains quite a challenge for the visiting teams. Out of the 30,089 fans who can fit into the Bet365 stadium, the club draws an average of 29,514 fans every match – meaning they fill up nearly 98% of their stadium every weekend.

Sir Alex Ferguson once said, of visiting their stadium: “I love the atmosphere because it makes players play. If you don’t pay attention to the atmosphere at Stoke, then it engulfs you. You must perform to get a result.”

Swansea City fans have followed their team through thick and thin. Rescued by the fans on the brink of dropping away from the football league, it’s outrageous to witness the club’s progress over the past decade. If it wasn’t for the fans, this club wouldn’t exist at all. Swansea City have made their fans proud. Although they have experienced a mixture of encouraging highs and disappointing lows, their fans have always remained loyal to them.

Aston Villa is one football club whose fans are known for loyalty and mannerism. They are not afraid to talk about their club’s performances. They come to their home venue in a large number. According to the stats, there has been average support of 36,000 in nearly every home game since 2011. They come to the stands and cheer for their team. These do not make much noise like other club fans. They clap, chant, and have interesting placards in their hands.

While United may be the most popular club in the world, Arsenal boasts some of the most passionate fans in the world. Arsenal should be proud of their rock-solid attendance at home fixtures. The boisterous nature of the Gooners has shown this season especially with fans having their opinion on every little thing the club does. The passion and genuine care about the club’s well-being from Arsenal fans are hard to match and it is why they are one of the best fans in the Premier League.