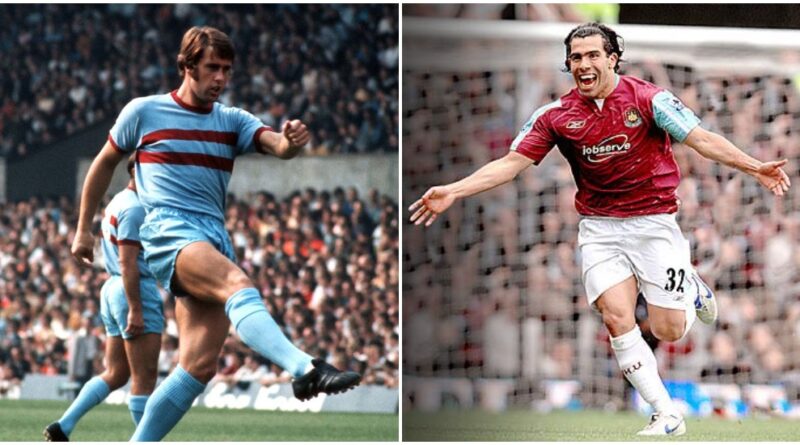 Cottee lurked in and around the box, ready to pounce at any moment. A joy to watch, he has never denied his lifelong love for West Ham. He was the winner of the Hammer of the Year award in 1986 and also won the PFA Young Player of the Year in the same year.

He was the first division top scorer in 1930. Vic Watson reached the FA Cup with West Ham in 1923, where the Hammers were beaten 2-0 by Bolton in the first-ever game at the old Wembley. Vic Watson, is without a doubt, one of the greatest West Ham strikers ever.

Geoff may well be known to football fans across the globe for his part in the England World Cup-winning team of 1966, but to West Ham fans he is certainly more than that. He was one of the greatest West Ham United players ever, scoring 249 goals for the Hammers.

The three-time Hammer of the Year, helped West Ham win their first-ever FA Cup in 1964. In 2003, Sir Geoff Hurst joined West Ham and England heroes of 1966, Bobby Moore and Martin Peters, in ‘The Champions’ statue outside the Boleyn pub next to Upton Park.