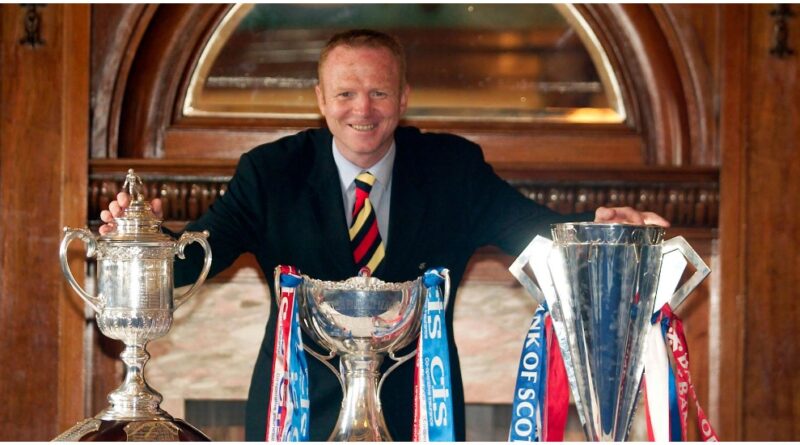 Rangers are one of the biggest football clubs in the UK. They are the most successful club in Scotland, having won 55 league titles. Many great managers have contributed immensely in making Rangers the club they are today. In this article, we will have a look at some of the greatest Rangers FC managers ever.

Gerrard guided Rangers to the title in 2021. The changes that he brought to the club deserve to put him among the greatest Rangers FC manager ever. Under him, the club won their first league title since 2011. Gerrard’s recruitment improved with the benefit of the increasing resource.

Steven Gerrard has a win percentage of 63.77 as a Rangers manager, which is better than the likes of Walter Smith and Scot Symon. He stepped down as the manager of the club in November 2021 to become the manager of Aston Villa.

Dick Advocaat achieved plenty as both a player and manager – but he’ll always be remembered by Rangers fans for a glorious couple of seasons at the end of the 1990s. He was the manager of Rangers from 1998-2001.

The previous season was the last of seven-under Walter Smith, and the first time the club had finished without a trophy in 12 years. Long-term members of the squad that had won nine league championships in a row left, including Ally McCoist, Ian Durrant, Andy Goram and Stuart McCall.

With financial backing from chairman David Murray, Advocaat invested heavily in the team. Big money signings such as Giovanni van Bronckhorst, Arthur Numan and Andrei Kanchelskis were among Advocaat’s first as Rangers tried to regain the league championship.

In Advocaat’s first season, 1998–99, Rangers won the domestic treble, finishing six points above second-place Celtic in the league, defeating Celtic 1–0 in the Scottish Cup final, and defeating St. Johnstone 2–1 in the League Cup final. In the following season, the club won the SPL by an SPL record 21-point margin, and also won the 1999–2000 Scottish Cup.

Waddell managed Rangers from 1969 to 1972, leading them to their only continental trophy in the 1972 European Cup Winners’ Cup Final. The team did not win any League Championships with Waddell as a manager, but won the Scottish League Cup in 1971, ending a run of six years without a trophy.

Alex McLeish became the sixth Rangers manager to deliver a Treble when he swept the boards in fantastic style in season 2002/03 – his first full season in charge.

Despite limited resources on the transfer front, he stormed to a clean sweep in 2003 beating Celtic in the CIS Cup Final, Dundee in the Scottish Cup Final, and clinching the SPL Title – Rangers’ 50th league crown – on goal difference from Gers’ great Parkhead rivals in an incredible final day shoot-out.

The break up of that team made life difficult for McLeish in season 2003/04 although the team started brightly with seven league wins and qualification to the Champions League. The following season, however, was remarkable. Rangers defeated Celtic en route to a 5-1 CIS Cup Final drubbing of Motherwell and then they won the title on the final day for the second time in three years.

McLeish parted ways with the club in 2006. He left with a proud record of seven trophies in four and a half years.