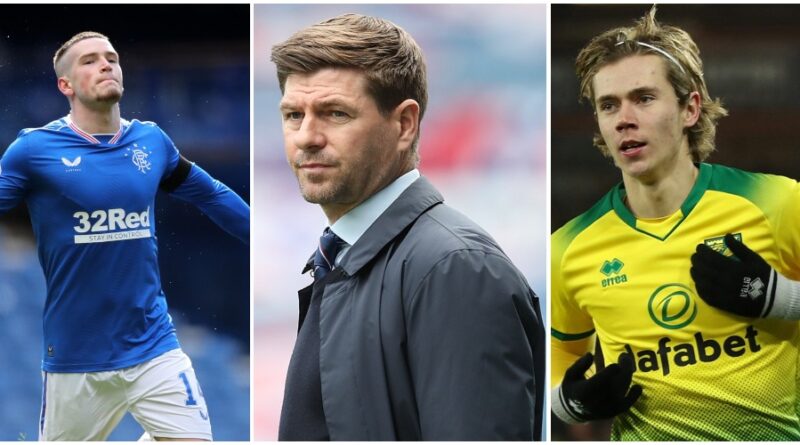 Steven Gerrard was appointed as Dean Smith’s replacement, with the former Liverpool legend taking on his first managerial role in the Premier League. There is a lot of work to do for the new manager, with Villa having lost the last five PL games. A few players have been linked with the club as Gerrard looks to strengthen the team. Let us look at some players that Aston Villa could sign in January.

Here are the seven players that Aston Villa could sign in the January transfer window.

Aston Villa are considering a move for Ryan Kent, who became one of Steven Gerrard’s most trusted players at Rangers. Gerrard now wants Kent back under his wing and believes the signing would immensely help Aston Villa in their pursuit of progress this season.

Rangers will certainly not let go of their player cheaply, with reporters suggesting the Scottish side could demand a transfer fee of £20 million.

The United player who could be the most in-demand from Premier League clubs in January is Jesse Lingard. Despite his form at West Ham last season, he is not given enough minutes this term by Ole Gunnar Solskjaer.

His lack of playing time has left him frustrated and a move away seems possible. Villa have struggled in attack since selling Jack Grealish and Lingard could be the man to help get them firing again.

Villa are in pole position to land River Plate hotshot, according to Italian outlet Calciomercato. The 21-year-old has a £21.5m release clause in his deal but it expires next summer and Villa could agree on a pre-contract agreement in January.

As a product of River Plate’s youth system, the 21-year-old has been described as a “serious” player by Marcelo Gallardo. He has managed to rack up an impressive 11 goals and six assists in 14 league appearances, which is probably why so many clubs across Europe, including Villa, have an eye on the Argentine.

Cantwell’s performances for Norwich in the Premier League and the Championship over the last few seasons have caught the eye of several clubs. The Norwich midfielder was a target for Villa in the summer but the deal couldn’t finalize.

Villa are expected to go for him again in January. However, the appointment of Dean Smith as Norwich’s manager could prove to be a stumbling block.