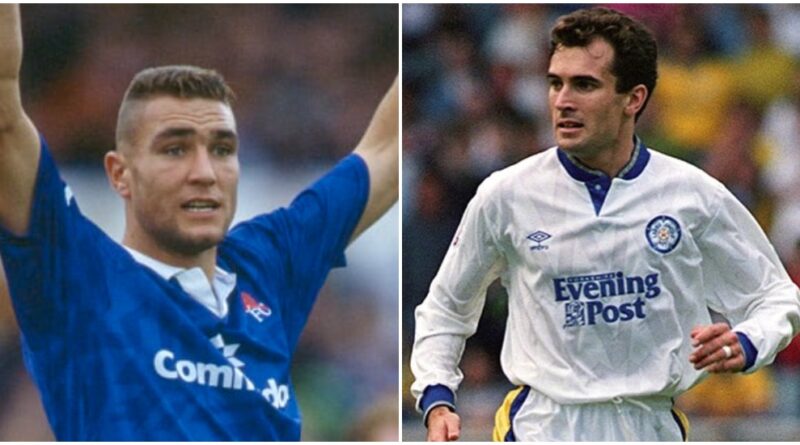 Leeds United and Chelsea have shared a rivalry since the 1960s. It emerged after a series of fiercely contested and controversial matches during that era. At that time, both clubs were frequently involved in the pursuit of domestic and European honours culminating in the 1970 FA Cup Final, which is regarded as one of the most physical matches in English football history.

In this article, we will look at some players who played for both Leeds United and Chelsea. Some of these transfers were direct while others involved other clubs in between.

Here are the ten best players to have played for both Leeds United and Chelsea.

Rocastle spent the best years of his career at Arsenal. He signed for reigning champions Leeds as their record signing in 1992, but his time at Elland Road was disrupted by injuries.

Rocky joined Chelsea in 1994, having spent a season at Manchester City. He wasn’t able to overcome his injury problems and that led to him making only 37 appearances during a four-year spell at Stamford Bridge.

Sullivan joined Chelsea from Tottenham in 2003. He was signed as a replacement for the secondary-choice goalkeeper, Jurgen Macho, who picked up a serious knee injury. In his one season with Chelsea, Sullivan only made eight appearances.

Leeds United manager Kevin Blackwell decided to sign him in 2004 to replace the departing Paul Robinson. He went on to become the first-choice goalkeeper, overcoming competition from young Scott Carson.

Hopkin started his career at Morton before earning a move to Chelsea in 1992. He was in and out of the team during his time with the Blues. He left the club in 1995 to join Crystal Palace. At Selhurst Park he wrote himself into Palace folklore by scoring a 90th-minute winner in the 1997 First Division play-off final against Sheffield United, to put Palace into the Premier League.

After two years with Palace, Hopkin moved on to Leeds United, thus becoming one of the players to have played for both Leeds United and Chelsea. He spent three seasons with the club before joining Bradford in 2000.

Morris came through the youth ranks of Chelsea. He was a technically gifted midfielder who became the youngest player to play for Chelsea in the Premier League, at 17 years and 43 days old. He was named Chelsea’s Young Player of the Year for 1996–97.

However, when Claudio Ranieri took over from Vialli as Chelsea boss, Morris’ first-team opportunities diminished, and he left for Leeds United in 2003. His career at Leeds never took off, as he only made 12 league apps before joining Rotherham United in 2004.