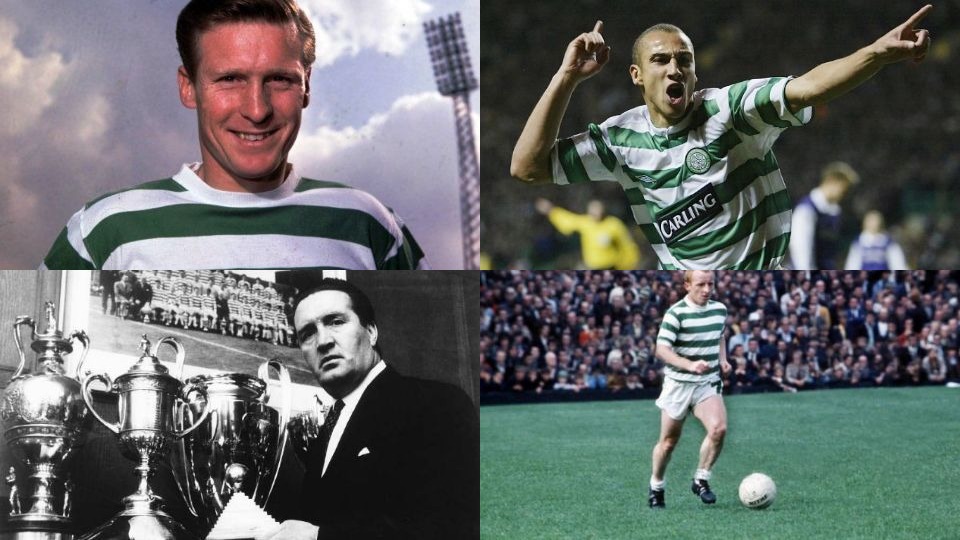 Voted Celtic’s greatest player in a 2002 poll, Jimmy Johnstone was a player like few others in football have ever been. He had the ability to ease past the defenders, leaving them petrified.

Johnstone was one of the “Lisbon Lions”, the team that won the then European Cup for Celtic in 1967. In an early round tie against Nantes, Johnstone’s trickery on the wing saw him dubbed “The Flying Flea” by the French press, whilst his performances over the course of the season saw him finish third in the European Footballer of the Year award.

He scored 129 goals for Celtic in 515 appearances over the course of 14 years with the club. Apart from the European Cup in 1967, he also won 9 League titles and 4 Cups.

When it comes to arguments over who is the greatest Celt of them all the name at the top of many people’s list is the incomparable Jimmy McGrory.

McGrory is Celtic’s top scorer of all time, with 469 goals in 448 games and holds their record for the most goals in a season, with 57 League and Scottish Cup goals from 39 games, in season 1926–27.

He then went on to manage the club. Jimmy McGrory was appointed as the manager of Celtic in 1945. The high points for McGrory included the Coronation Cup victory in 1953, the Scottish League & Cup double in 1953-54 and the classic League Cup win in 1957, so one great League title, two Cups and 2 League Cup wins have rightly allowed McGrory to retain a certain affection historically as a manager. McGrory was manager for nearly 20 years before Jock Stein succeeded him in March 1965. 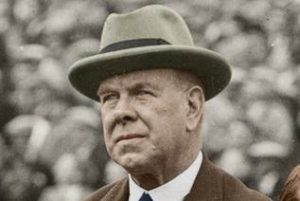 The board of Celtic directors appointed Willie Maley as Secretary-Manager – the first manager of Celtic in 1897. He went on to become one of the greatest heroes of the Celtic football club.

Celtic had been a buying club in their opening decade, spending heavily to bring professionals to the club. Maley decided to scrap that and rely almost entirely on recruiting youngsters fresh from junior football. Maley created a young team that won six consecutive league titles in a row between 1905 and 1910 and won the first Scottish League and Scottish Cup doubles.

They were the best team in Glasgow, and the six-in-a-row record remained unbroken until the 1960s. As his six-in-a-row team began to age, Maley set about the task of building a younger team. This younger side, which included Patsy Gallacher and the apparently ‘ageless’ McMenemy, would win four league titles in succession between 1914 and 1917. They also set a UK record for an unbeaten run in professional football, 62 games (49 won, 13 drawn) from 13 November 1915 until 21 April 1917, which stood until it was broken by Brendan Rodgers’ Celtic in November 2017.

The Maley years ended in a less than happy fashion. With Celtic at the bottom of the table, after a meeting with the board of directors in February 1940, Mr Maley finally retired. Maley was the longest-serving manager in Celtic’s history. In his 43 years as manager, he won 16 Scottish League championships, 14 Scottish Cups, 14 Glasgow Cups and 19 Glasgow Charity Cups.