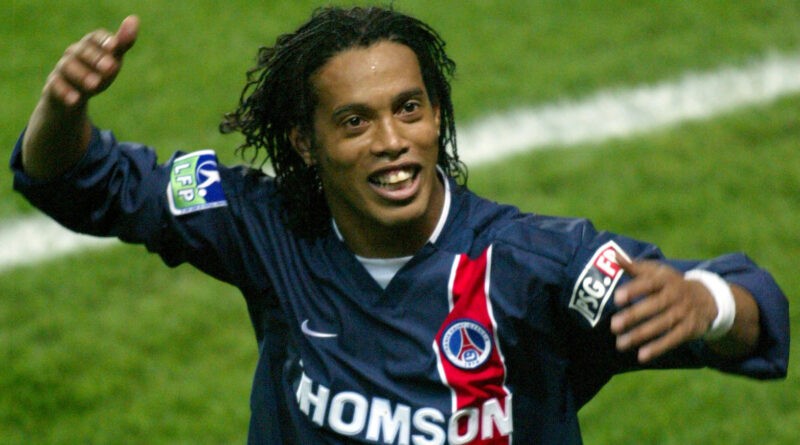 Paris Saint-Germain is one of the biggest French clubs and now they are also sending warning signals to the rest of the European heavyweights. This wasn’t always the case, prior to the takeover by Qatar Sports Investments (QSI) in 2011, the club didn’t have much star power in their squad and the team was deemed as an underachieving giant.

However, they had some great players playing for them even before the recent success and in this article, we will have a look at the 10 greatest PSG players of all time.

Here are the top 10 greatest PSG players of all time.

Nicknamed ‘The Green Angel’, Dominique Rocheteau was an amazing player for club and country. He made his name while playing for Saint-Étienne in the 70s, which was the most successful French club at the time.

He joined PSG in 1980 and spent seven years in Paris, playing over 250 games and is still the club’s third all-time leading goal scorer. Known for his agility and trickery, Rocheteau won the league and cup with PSG over seven seasons at the club.

Sprinting down the wings with pace and a great crosser of the ball, he was also a part of the French team that won the European Championship in 1984.

Often considered one of the best players of his generation and regarded by many as one of the greatest PSG players of all time, Ronaldinho was renowned for his technical skills and creativity; due to his agility, pace and dribbling ability, as well as his use of tricks, overhead kicks, no-look passes and accuracy from free-kicks.

He stayed at PSG for only two seasons(2001-2003), but that was enough for him to be remembered as a club legend – showcasing skills that may never be witnessed at the Parc des Princes again. He won the Intertoto Cup in 2001, his only trophy with PSG.

All-time top scorer of PSG, Cavani scored 200 goals for the club in 301 matches. Well known for his tireless work rate, Cavani joined PSG in 2013 from Napoli for a reported €64 million, a French league record then. He spent seven seasons with the club and won six league titles along with an array of other honours.

Bernard Lama was a member of the France national team that won the 1998 World Cup and the Euro 2000. He spent the majority of his career with PSG over two spells.

In seven seasons he managed to play over 300 games for the club. With amazing reflexes, stunning reaction saves and unmatched agility, Lama was a key component of the 1994 title-winning side, he also won the Coupe de France twice and UEFA Cup Winners’ Cup in 1996.

The best goalkeeper in the club’s history, he is still a legend among fans that were at the Parc des Princes in the 90s.

Kylian Mbappe joined PSG in 2017 after a sensational spell with Monaco. His spell with the club has been highly successful. Mbappé has won three Ligue 1 titles, three Coupe de France titles. He has also been named Ligue 1 Player of the Year twice, and has finished as Ligue 1 top scorer for three consecutive seasons.

Mbappe is the second-highest goalscorer in the club’s history. He also won the FIFA World Cup with France in 2018.

The Brazilian midfielder, Raí spent five seasons with the club after joining them in 1993 from São Paulo. An elegant and skilful technician, Raí went on to become one of the greatest PSG players of all time.

His start at Paris Saint-Germain was not easy. Considered slow and lacking confidence, many thought Raí would leave the club immediately before he definitively silenced his critics by helping PSG towards their second league title in their history.

The following season he won the French Cup and the League Cup with the club. He also won the UEFA Cup Winners’ Cup in 1996 before returning to São Paulo in 1998. He was part of the Brazilian team that won the FIFA World Cup in 1994.

Before Zlatan Ibrahimovic’s arrival, Dahleb was PSG’s all-time top scorer in Ligue 1 with 85 goals. Dahleb had a career that could have taken him to Madrid or Barça, but he stayed true to Paris.

PSG signed him for 1.35 million francs, a French record at the time. His unheralded arrival in the French capital led to a love affair with the Club for whom he made 309 appearances, scoring 98 goals.

Dahleb delighted the Parc faithful for ten years, winning two Coupes de France (’82, ’83). His display at the 1982 World Cup in the colours of Algeria earned him belated recognition on a global scale. At 31, after ten years at PSG, he left for Nice before ending his career in 1985.

Thiago Silva was part of the QSI revolution at PSG. The French club acquired Silva in July 2012, after negotiating for more than a month. At that time he was regarded by many as the best defender in the world and few other big clubs were also interested in him.

His time with the club was highly successful, for PSG he was the rock on which seven Ligue 1 titles have been built. During his 8 season spell at Paris, he won a total of 22 titles and reached the UCL final in the 2019-2020 season. He was included in Ligue 1 Team of the Year in seven of the eight seasons that he spent in France.

Signed by Salamanca in Spain, his unique way of celebrating a goal to honour the eagle, the symbol of his native islands, earned him his nickname of “The Eagle of the Azores”. Faithful to the club, Pauleta carried the club out of one of its darkest periods. Pauleta’s drive and determination were second to none and, until Zlatan Ibrahimovic arrived, he was the club’s all-time top scorer in all competitions.

The Portuguese striker joined the club from Bordeaux at a time when the capital club was truly struggling in 2003.  A lot was expected of him and he lived up to the expectations, scoring a hatful of goals to secure UEFA Champions League qualification for the club. He also secured back-to-back Ligue 1 top goalscorer titles in 2006 (21 goals) and 2007 (15 goals).

Susic is one of the first names to come to mind when looking back at the history of the club. With Club-record 95 assists, Susic was a midfielder as potent as they come. The Yugoslavian midfielder also scored an incredible 96 goals for the club. He was named Foreign Player of the Year in 1983, but only managed to pick up one league and one cup during his time in the French capital.

Highly influential over nine years, he is still an unforgettable figure for Parisian fans more than 30 years after his departure in 1991. In 2010, France Football voted Sušić as Paris Saint-Germain’s best player of all time and the best foreign player in Ligue 1 of all time.

Ibra took PSG to a level never previously thought possible, winning four league titles in his four seasons with the club. 156 goals in 180 appearances shows the impact he had on the club.

In the 2015/2016 season, he beat Carlos Bianchi’s club record (37 goals) with 38 strikes in a single league campaign. Zlatan Ibrahimovic was one of the main factors in PSG’s domination of French football between 2012 and 2016, winning no fewer than 12 trophies.

He was Ligue 1 Top Goalscorer in three of those seasons and also won the Ligue 1 Player of the Year award thrice. He left PSG in 2016.