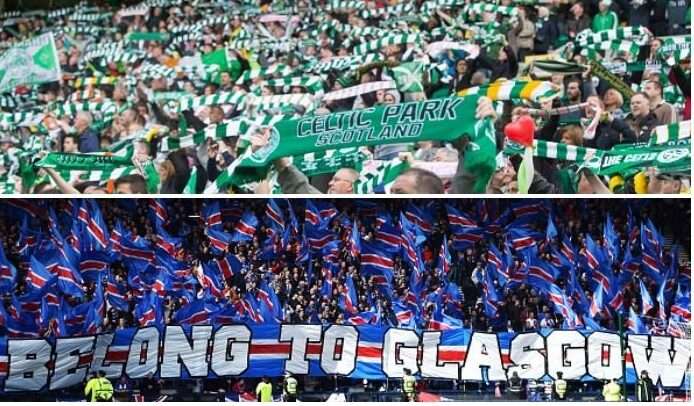 Stadiums are the homes of football fans. These stadiums witness the highs and lows of the football clubs and their fans. A stadium becomes even more special if it provides the fans with various facilities and a great atmosphere. In this article, we have ranked the Scottish Premiership stadiums from worst to best, according to the votes of the fans.

Considering various factors like atmosphere, food, view, security, facilities and location, here are the Scottish Premiership stadiums ranked from worst to best. This list is based on thousands of votes cast by fans on footballgroundmap website.

Almondvale Stadium or Tony Macaroni Arena has been the home ground of Livingston since 1995. It is an all-seater stadium with a capacity of 9,512. It has four stands which are all roughly of the same height. There are open corners to the ground on either side of the West Stand, at one side of the pitch, which also has a few supporting pillars.

Away fans are located in the North Stand and the North-East corner of the ground. Up to 4,000 fans can be accommodated in this area. Livingston are a family-orientated club and hence you are likely to have an enjoyable and relaxing day out.

The home of Motherwell since 1895, Fir Park, has an all-seated capacity of 13,677. The atmosphere there is very refreshing. Songs like “‘Well, ‘Well, Super ‘Well Super Motherwell” and “We’re the pride of Lanarkshire” echo through the stadium on match days. Despite being not such a big club and not having a huge arena, the fans still make the atmosphere worth the while for the visiting teams.

Away fans are housed in the South Stand at one end of the pitch. Normally only the lower tier is opened for away fans, but if demand requires it, then the upper tier can be opened also.

McDiarmid Park has been the home ground of St Johnstone since its opening. The stadium has an all-seated capacity of 10,696. The ground was built in 1989 and replaced the former home of Muirton Park.

The ground consists of four single-tiered stands, that are covered and all seated. Three of the stands are of the same height, with the Main Stand on one side of the ground, being a little taller. Overall the ground has a tidy compact feel to it.

Away fans are primarily housed in the North Stand, where up to 2,000 fans can be accommodated. The facilities and view of the playing action are good in this area.

Rugby Park was opened in 1899. It underwent a major redevelopment in 1994–1995, becoming an all-seater stadium with a capacity of 17,889. Both ends of the ground and one side have been re-developed. The ends are good-sized two-tiered stands, which are virtually identical. Away fans are housed in the Chadwick Stand. The facilities and views from this stand are generally very good.

In November 2019, Kilmarnock became the second club in Scotland (after Celtic) to install an area of safe standing. 324 rail seats have been installed in parts of the East and Moffat Stands. This was funded entirely by supporters.

If you really love football, you will definitely love the atmosphere at Tannadice. The fans are known to be not so violent and yet the atmosphere there is excellent. It has been the home ground of Dundee United since the club was founded in 1909. It is a fantastic stadium that is consistently upgraded to maintain excellent facilities.