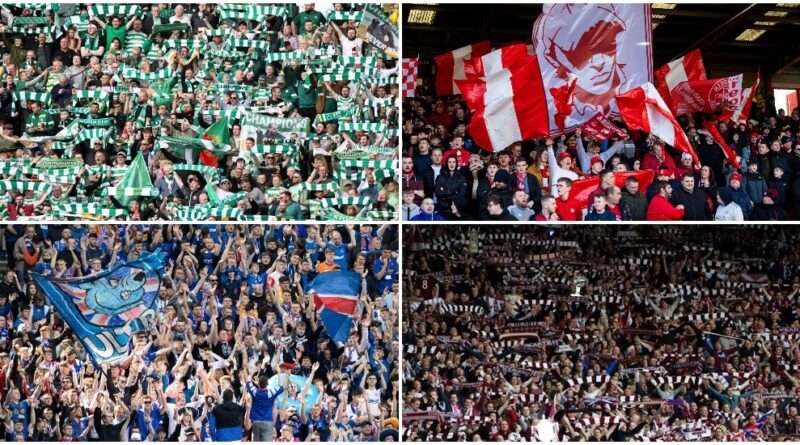 Here are the Scottish Premiership stadiums ranked on the atmosphere. This list is based on thousands of votes cast by fans on footballgroundmap website.

Almondvale Stadium or Tony Macaroni Arena has been the home ground of Livingston since 1995. It is an all-seater stadium with a capacity of 9,512. The stadium has changed names several times due to sponsorship deals. However, supporters of the club continue to call the stadium Almondvale or the ‘Vale. Livingston doesn’t usually get big attendances and so the atmosphere isn’t normally very vibrant.

Victoria Park, the home ground of Ross County, has a capacity of just over 6.5k. The stadium was renovated in 2012 to meet SPL criteria. It was transformed into a modern all-seated stadium. Too often at football games, there can be a hostile atmosphere. Not so at Victoria Park, where the away fans feel welcomed. The atmosphere of this stadium can be deemed very relaxing.

The home of Motherwell since 1895, Fir Park, has an all-seated capacity of 13,677. The atmosphere there is very refreshing. Songs like “‘Well, ‘Well, Super ‘Well Super Motherwell” and “We’re the pride of Lanarkshire” echo through the stadium on match days. Despite being not such a big club and not having a huge arena, the fans still make the atmosphere worth the while for the visiting teams.

Almost always a good crowd at Pittodrie with a great noise. It is an old stadium but a beautiful one. Pittodrie is an all-seater stadium with a capacity of 20,866 and has been serving as the home of Aberdeen since its inception in 1903. It is one of the biggest stadiums in the Scottish League. The arena consists of four stands and has a beautiful location.

McDiarmid Park is a stadium of just about 10k capacity but the atmosphere there is always electric. The fans are always producing a rocking atmosphere at the arena making it hard for the opposition team to focus. The fans always act as the 12th man for the club, especially in big matches, and it can make a lot of difference.