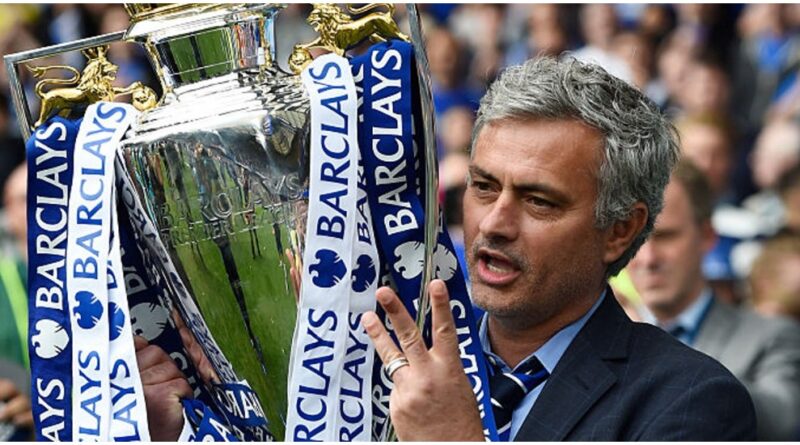 Chelsea F.C is one of the most successful and well-renowned teams in England and worldwide. It was founded 117 years ago in 1905; the fans nicknamed the club “The Blues.” Many great managers have guided the club to certain highs and in this article, let us have a look at some of the greatest Chelsea managers ever.

Rafa Benitez was appointed as the interim manager of Chelsea in 2012 after the sacking of Di Matteo. His appointment was highly unpopular among the fans. Under his managership, Chelsea failed to win the Club world cup final, and they even lost the league cup semifinals to the underdogs. The major win of the team under Rafa Benitez is the triumph in the Europa League with a winning percentage of 58% with 28 wins in 48 total matches.

Gullit was appointed as Chelsea’s player-manager during the summer of 1996. Gullit led the team to an F.A. Cup triumph and made them finish in the sixth spot in the premiership in his first year of managerial duty. The FA Cup was Chelsea’s first major trophy in 26 years. The following season, the club finished in the second spot in the premiership. However, he was sacked over some disagreement with the board.

Dave started his managerial career at Chelsea. He is considered one of the most excellent managers to manage the club. He took charge of the team from 1967 and led to the club’s first F.A. Cup triumph in 1969-70 and the club’s first European success by winning the Cup Winner’s Cup. Overall, he had a winning percentage of 44%, with 164 wins in 371 matches.

Gianluca Vialli was a former Chelsea player before becoming their manager. He had immediate success with the team as led the team to win the European cup winners cup, the Premier League title, and the European Super Cup with a winning percentage of 52%. He left Chelsea in the September of 2000 after making the team qualify for the Champions League.

Ted Drake was an arsenal legend before he joined Chelsea as their manager. He was appointed as the manager of Chelsea in June 1952. He was the manager that revolutionized the club, its batch, and its nickname. The title of “The Blues” and the batch/crest of the clubs were all made during his time at Chelsea as their manager. It took him 3 years, but he led the club to their first First Division League title and became the first person to win a league both as a player and as a manager. He led the team to a total win of 156 out of 426 matches with a percentage of 37%

Antonio Conte served as a manager of Italy’s National football team before joining Chelsea as their manager on 4th April 2016, after signing a 3-year deal with the club. Conte started his role very successfully after defeating West Ham United. Under the guidance and management of Conte, Chelsea went on to win the Premier League with Chelsea and lead the team to an F.A Cup win by beating Manchester United with a winning percentage of 65%. He was sacked as a Chelsea manager on 13th July 2018 after they failed to qualify for the Champions League.

Roberto Di Matteo was an assistant coach during his first year at Chelsea. The start of the 2012-13 season marked the beginning of his managerial role at Chelsea F.C. He signed a 2-year contract with the club, and led Chelsea towards their first Champions League triumph and the F.A Cup trophy. He lasted for 8 months as a manager before being sacked. Under him, the team won 24 wins out of 42 matches with a win percentage of 57%.

After failing to win the Champions League final with PSG, Thomas Tuchel was first appointed for the managerial post at Chelsea F.C in 2021 for an 18 months deal. Thomas Tuchel joined Chelsea during the midseason and improved the team, and shaped the mentality of the players who were low in confidence. Tuchel led Chelsea to the FA Cup final, which they lost to Leicester and the Champions League final, which they won against Manchester City. Chelsea also won the Club World Cup under his managership.

Carlo Ancelotti was appointed as the manager of Chelsea F.C in 2009 for a 3-year deal. In his first year at the Stamford Bridge, Ancelotti led The Blues to their first domestic double, the Premier League title, and the F.A. Cup. Chelsea also won an English Super Cup under Ancelotti. Chelsea also became the first team to score over 100 goals. Under him, the team won 67 wins out of 109 matches with a win percentage of 61%.

José Mourinho was first appointed for the managerial post at Chelsea F.C in 2005 for a 3-year deal, after having tremendous success at Porto. He was a man of a character as in his first interview for the club, he said, “Please don’t call me arrogant, but I’m European champion, and I think I’m a special one.” He went on to win back-to-back Premier League titles with Chelsea. He also won the Community Shield and the F.A. Cup in his first three years at Chelsea F.C.

Later in 2013, he made a grand return to Chelsea F.C as their manager. The most notable achievement of this term was that he led The Blues to another Premier League in his second season as manager. He led the team to 80 wins in 136 matches with a win percentage of 59%. He was sacked the following season after a poor run form.