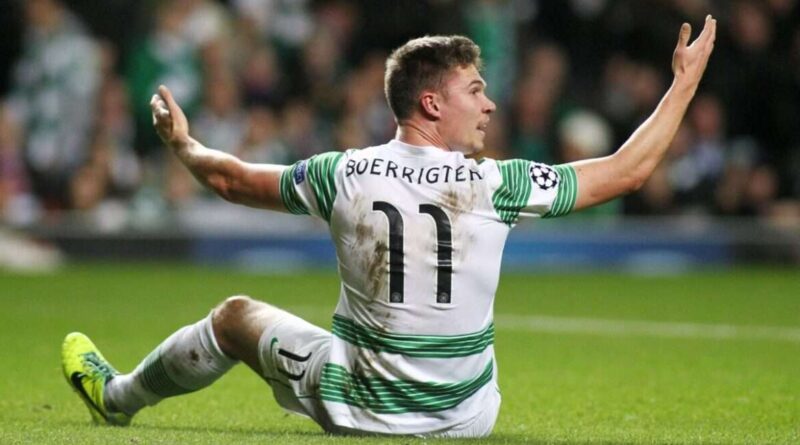 Celtic FC is one of the biggest and most followed clubs in the UK. Many great players have played for the club over the years. However, the club has also made quite a few horror signings in their trophy-laden history. Let us have a look at some of the worst Celtic FC signings ever.

Based on signing fee, wages, impact on the club, attitude and fans’ opinion, here are the 20 worst Celtic FC signings ever.

Oliver Kapo was a relatively big name but left Celtic after just three months. His time ended in a bitter spat between club and player over a breach of contract. He played just twice and looked little like the player Juventus had gambled on six years previously and more like the flop let go by Wigan the previous summer.

Celtic decided to splash around £2m on Efrain Juarez after he impressed in the 2010 World Cup with Mexico. They thought he is the sort of skilful midfielder who can unlock a defence and score goals.

However, he struggled to adapt to the club and was loaned to Real Zaragoza. But after failing to impress there, too, he would eventually return to North America with Club America.

Celtic have had a mixed record signing Swedish players, but Ljungberg was one of the least effective of those who actually got first-team minutes. The Arsenal legend was past it by the time he reached Celtic. His contract was terminated after six months with the club and he joined Japanese team Shimizu S-Pulse.

Brendan Rodgers had a few noteworthy successes in the transfer market during his trophy-laden spell at Celtic. But he got a fair few wrong too. Eboue Kouassi was believed to be the sort of hard-working and combative midfielder who could, in time, take over from Scott Brown in the central midfield berth. But, he rarely showed what scouts had seen in him.

He spent three years with the club and in that period, he started just 22 games in all competitions before being sold to Genk following a loan period with the Belgian side.

Signed on a long-term deal from the Portuguese side Vitoria Guimaraes, Amido Balde is up there with the worst Celtic FC signings ever. With a figure of 6ft 4in, it was hoped that he could cause opposition defences problems with his height and strength, create chances for his teammates as well as score regularly himself. But he failed to do so.

It soon became clear he wasn’t of the required standard. He joined Waasland-Beveren in Belgium on loan in 2014 and then had his contract terminated two years early in 2015.

The highly-rated Stuart Slater arrived in Glasgow in August 1992 following a £1.5 million transfer from West Ham United (a then-record amount for Celtic), and appeared to be a start buy. Rangers had been flashing the cash and Celtic wished to show they could at least try to keep up.

Quick with exceptional ball control Slater had shown on many occasions at Upton Park that he had the ability to run at and beat defences. Consequently, when signed by Liam Brady, he was warmly welcomed by Celtic support which had traditionally cherished such entertainers and were now desperately seeking a new hero.

Slater made his debut coming on as a substitute in a 1–1 away draw against Rangers but did not make an impression at Celtic. Thirteen months later, he returned south to Ipswich Town, having scored three goals in 43 appearances and earning himself a place among the worst Celtic FC signings ever

Ian Wright was in the twilight of an impressive career when he moved to Glasgow in October 2000 on a short-term deal from West Ham United. However, his attitude towards the club was questioned time and again by the fans.

Ian Wright was juggling his football career in Glasgow with a media and ‘B-list’ TV career in London, many supporters rightly questioned the player’s commitment and hunger. Wright played only eight matches for the SPL side in 1999/2000.