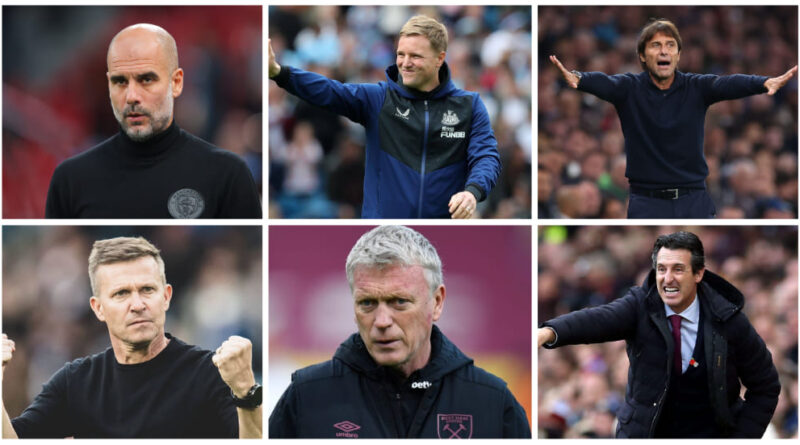 Many intelligent coaches sanctify Premier League. All the intricate tactics they develop are very clinical for their team. In this article, we have ranked the current Premier League managers by their all-time win % in this league. We have only included managers who have managed more than 10 games in the Premier League.

Steve Cooper became Nottingham Forest’s manager in September 2021, and took the club from the bottom of the table and ended their 23-year exile from the Premier League by winning the Championship playoff final. His team has not made a good start to the season with only 3 wins in the first 15 games and will have to do much better post the World cup break.

Gary O’Neil is the caretaker manager of Bournemouth, having been appointed in Aug 2022, following the dismissal of Scott Parker. He has done a decent job so far, with the club sitting in 14th place in the league table.

Potter managed Östersund and Swansea before becoming the manager of Brighton in 2019. The English coach has a progressive and unorthodox coaching style. He prefers possession-based attacking football. Potter’s Brighton produced greater results in 2021/22, finishing in an impressive eighth place.

He left the club to join Chelsea in September 2022, replacing Thomas Tuchel. This will be tough test for Graham Potter and his managerial style.

Jesse Marsch was appointed head coach of Leeds United in February 2022, replacing the hugely popular Marcelo Bielsa at the club. The club were in a poor run of form when he took over the reins and successfully avoided relegation on the final day of the season. Leeds have made a mixed start to this season, and the period after the World Cup break will be very crucial for Jesse Marsch.

Vieira’s managerial career in Premier League began with Crystal Palace in 2021. In his first season in-charge of the club, he led the club to a respectable 12th place finish. A two-place improvement compared to the season before. It will be interesting to see where he takes the club from here.

Thomas Frank was appointed as the manager of Brentford in 2018 and became the first person to lead the Bees into a top-flight season since 1946/47. In this first Premier League season in 2021-22, Brentford finished in a respectable 13th place. They have also made a good start to the 2022-23 Premier League, also beating Manchester City on their way.