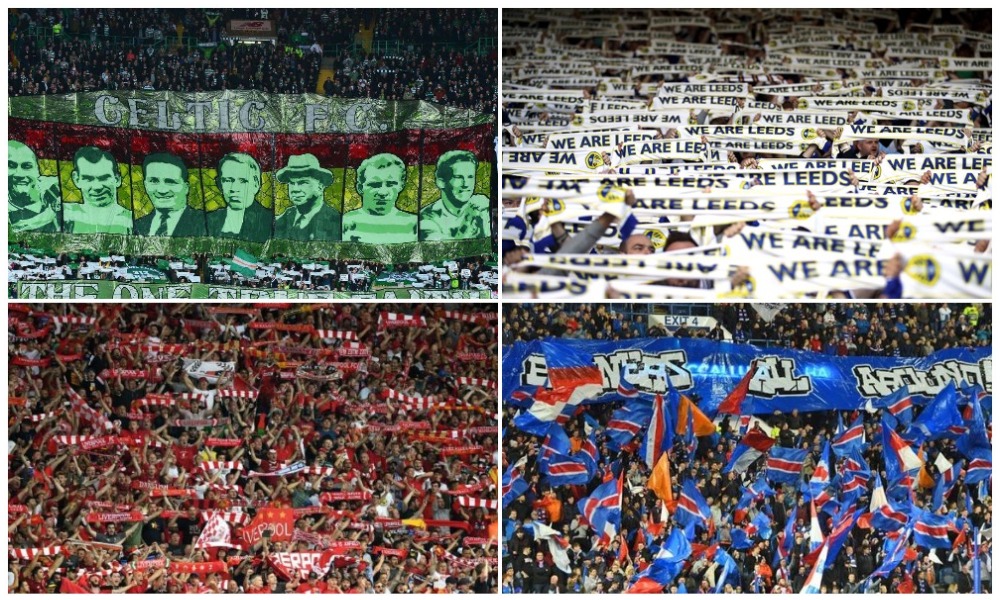 How do we define loyalty? Well in football, loyalty can be wearing the replica t-shirt and sitting in front of the televisions at home or going to the pub and discussing with people how great your team is. Even if a club has two thousand fans and they turn up for away and home matches, it should be said that it has a loyal fan base.

In this article, we will have a look at some of the most loyal fan bases in the UK. The players play the game, but the game is incomplete without passionate spectators. This is the reason fans involvement in the game is vital for their team. It works as a motivational factor for the players to give a hundred percent every time they enter the football grounds.

This is our list of 15 most loyal fan bases in the UK.

The supporters of the Stoke City has always been loyal to the club since it’s inception. In the era of 1970s, 80s, 90s and 2000s the fans often indulged in football hooliganism. The fans of Stoke have always been criticized for it. The fans however never leave the back of the club’s and never take baseless criticism.

Southampton has always been in and out of the premier league. But the fans have always stayed loyal to their clubs. The saints have a huge attendance at their home ground Saint Mary’s Stadium. Since its return to the Primer league in 2012, the PR of the club is working extensively and the fan base is increasing more than ever.

If you talk about the most obsessed fan base, then Sheffield United FC comes to your mind. There is a huge fan base of this club in Ireland, Essex, Netherlands and Australia. In the survey that was conducted in 2013, it was found that the fans of Sheffield United have the most positive interactions on social media. The fans of Sheffield always come in large numbers to support their team against other Yorkshire teams.

Aston Villa is one football club whose fans are known for loyalty and mannerism. They are not afraid to talk about their club’s performances. They come to their home venue in a large number. According to the stats, there has been average support of 36,000 in every home game since 2011. They come to the stands and cheer for their team. These do not make much noise like other club fans. They clap, chant and have interesting placards in their hands.

Tottenham Hotspur enjoys great attendance and has one of the most loyal fan bases in the UK. In a home match against Arsenal on 10th February 2018, as many as around 45 thousand fans turned up to support their team. The fans of this team turn take their match against Manchester United very seriously and since 2007 there have been at least 20 thousand supporters turning up in the away games versus United.

Manchester United has one of the most loyal fan bases in the UK, as well as in the world. It claims to have 333 million fans which are a huge number and greater than the total population of many countries. There are many supporters of this club. Manchester United has turned out to be a brand and is recognized by people who do not follow football only because of the loyalty and craze of the fans.

There are as many as 200 officially recognized club branches in more than 50 countries of the world. The home crowd at the Old Trafford is filled with the “red devils”. It has the largest home support of around 75 thousand. It also enjoys the best away following. Much of the credit of all of it can be given to Sir Alex Ferguson who changed the dynamics of not only the club but the game in general.

The Norwich City is in the limelight these days for revamping their membership schemes. The club has decided to recognize the loyalty of their fans. The fans that turn out for the games in large numbers. In the last season, it had been average home league attendance of 26,300.

Manchester City has been a popular club since it’s inception in 1880. It has a wide range of loyal fans who supports their fan in every weather and every circumstance. In 1998, City was relegated to the third tier. But even after that, there was no dripping in the number of fans. The fans came in large numbers with an average attendance of 30 thousand for every game.

Manchester City has always been amongst the top six in terms of average attendance. The chants for City players and the famous inflatable bananas are some of the things done by fans as their love for the club.

The fans of Newcastle United are often referred to as the most loyal 12th man of the football leagues in the UK. The loyalty of the toon army is the biggest asset that the club posses. It can be said that Newcastle is the only club that represents the North East football of England and owing to this reason, it gets immense support and loyalty. There is a loyal presence of around 3 thousand people who travel wherever Newcastle United is playing and provide them with stable away support.

A club that has always lived up to the expectations of their fans by winning 13 league titles deserves to be featured in the list of loyal fans. It is the loyal fans of Arsenal who encourage them to be ruthless no matter what the situations are. Referred as “Gooners” the club is the best-supported sides with an around average attendance of 99.4 percentage at their home ground- The Emirates stadium.

Leeds United F.C. has one of the most loyal fan base in the UK. Their fans cannot hear anything bad about their clubs. The total attendances of people last year in the home matches were 782 thousand which comes to around 34 thousand per game. It had the most spectators turning out in the away matches with a total attendance of 509 thousand of people in 23 away games.

With a constant home attendance of more than 35,000 fans per season for the last five seasons, West Ham United F.C surely has one of the most loyal fan bases in the world. There are more than 700 thousand fans who have registered themselves on the database.

When we are talking about testing the loyalty of the fans, Rangers would never fail on that. The club is known for having a quiet but stagnant fan base. Although the performances of Rangers haven’t matched up to the expectations of the fans, the fans have always stood up for them. These fans come to watch Rangers play in every home or away matches. Hugh Gran, Tinchy Stryder and Gordon Ramsay are some of the popular faces that have been seen in the public to support Rangers. Rangers averaged about 49 thousand fans every game while playing at Ibrox in the latest season.

Liverpool has always been able to garner huge support in their favor. Whether it is Merseyside derby or Hillsborough disaster, the fans of Liverpool have always stood up for the club. The fans of The Reds are known for making their presence felt by singing the anthem “You’ll Never Walk Alone” which is also bannered at The Shankly Gates. The club claims that it has over 200 supporter clubs from around 50 different countries.

The club which was founded for charity has one of the largest fan bases in the world. There are around 160 supporter clubs located in 20 different countries that are dedicated to supporting Celtic. There are many sports and other genre magazines that run intending to promote the clubs. In 2003, there were around 80,000 fans who had traveled and gone to Seville just to witness the UEFA Cup Final. The fans also received the Fifa Fan Award in 2017. Celebrities like Alison Brie, Gerard Butler, Shane Long, Snoop Dogg and Wayne Rooney are avid fans of this club.