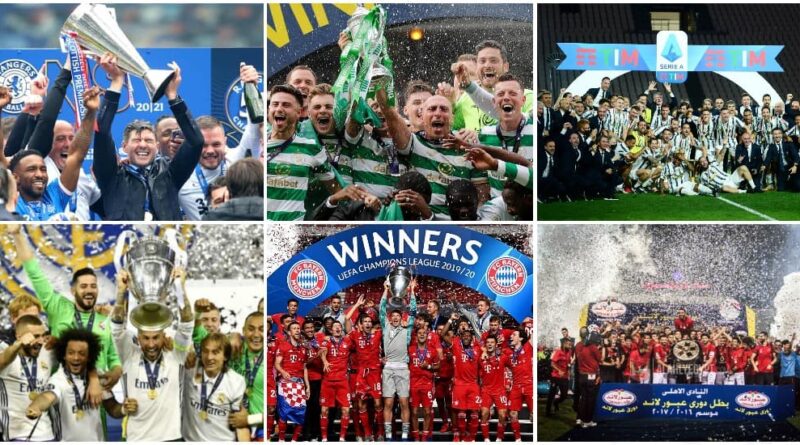 Trophies are one of the major factors on which the success of football clubs is judged. We know that the most popular clubs like Real Madrid, Barcelona, Manchester United, Bayern Munich etc have won a lot of trophies in their history. In this article, we will have a look at the football clubs with the most trophies in the world.

Here are the 20 football clubs with the most trophies in the world.

National titles won by Boca Juniors include 34 Primera División championships and 14 domestic cups. They are the most successful side in Argentina. Boca is ranked third in the world in terms of the number of complete international titles won with 22 trophies, after Real Madrid (26) and Egyptian side Al Ahly (25).

Previously known as Steaua Bucharest, FCSB are Romania’s most successful side. It’s been a relatively barren period for the Bucharest-based team, however, having finished runners-up in the top flight in each of the last four seasons.

The most successful team in Turkish football, winning more Super Lig and Turkish Cups than anyone else, Galatasaray have also tasted success on the continental stage when they lifted the UEFA Cup back in 2000. This season they lost the league title to Besiktas on goal difference.

Supported all over Belgium, Anderlecht are 34-time champions and nine-time Belgian Cup winners. They are suffering a quiet spell having not won a trophy since 2017. They finished third in the league this season and will hope to better this next season.

Claiming their 19th English title in 2020, Liverpool are the second most successful club in England. Jurgen Klopp has brought the glory years back to Anfield with the red-half of Merseyside celebrating their sixth European Cup in 2019.

Manchester United are the most successful club in England. They boast a rich history of 20 league titles, 12 FA Cups, and three Champions Leagues. As well as the titles, United’s history has been full of talented players who have gone on to be some of the best in the world.

Despite having missed out on Serie A this year to Inter, Juventus is still the most successful Italian club. The Italian giants boast an impressive 36 Serie A titles along with 13 Coppa Italia. The Champions League remains the Holy Grail for the Old Lady. Despite such success domestically, they have only won Europe’s premier prize twice in their history.