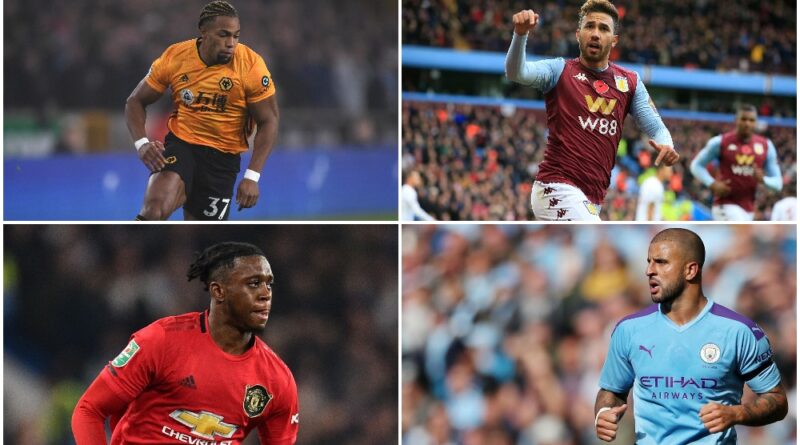 Modern football is all about witty execution on the field. Different attributes are essential for any player to achieve glory in today’s world. Among such traits, a player’s speed along with crisp ball control remains one of the most sought-after characteristics by managers around the globe.

Over the years, we have seen many speedsters blazing down the wing and dribbling past defenders to score a stunner which reflects the beauty of the game and keeps the spectators glued to the match. In this article, we will have a look at the fastest players in the Premier League history.

Speaking of the toughness of a league, the Premier League arguably remains one of the most physical and challenging set-ups to test a player’s potential. A league with 6-7 top teams need to have pacey players to edge past others in the cut-throat competition that prevails. Here’s an evaluation of the top 10 fastest players in the Premier League history:-

Speed is not something you would associate with the Manchester City youngster, Phil Foden. However, he registered a top speed of 37.13 kmph in the game against Aston Villa in October 2019.

The left-footed midfielder is renowned for the versatility that allows him to be deployed in a plethora of positions such as wing-back or right-midfield.

Manchester United midfielder Fred has thrown his name into the hat to become United’s fastest player, after registering one of the quickest paces of the Premier League season history.

The Brazilian has certainly impressed fans in recent weeks with his combative and hard-working performances, yet blistering speed is not something we’d automatically associate with him.

Impressively, Fred was clocked sprinting at 37.29 kilometers per hour in the 1-1 draw with Everton at Old Trafford in December 2019., according to statistical experts Opta.

The Irishman is proving that age is just a number when it comes to speed, out-running many opponents 10 years younger than him. Dubbed as ‘a powerful, no-nonsense striker’, Southampton forward Shane Long record sprint in the league, is 37.34 kmph against Newcastle in 2019.

The 30-year old Irish international has over 75 national caps under his name and has spent his club career in a host of teams including Reading, West Bromwich Albion, Hull City and Southampton. Though he is not getting younger in the years to come, Long will still remain one of the fastest players in the Premier League history.

Maitland Niles is renowned for his speed, even if versatility is not yet his forte. Maitland-Niles played in a variety of positions for Arsenal in 2019-20, even though he prefers to play in midfield. He recorded his top speed of 37.45 kmph against Manchester City in December 2019. This makes him one of the fastest players in the Premier League history.

Soyuncu’s consistent performances would have hardly made Leicester City fans miss Harry Maguire. Deputizing Johnny Evans in the center of the back four, Soyuncu’s sheer pace has earned the defender a place in the rankings.

The 23-year old Turkish international registered a top speed of 37.55 km/h in November of 2019 against Crystal Palace. His top speed is even faster than teammate Jamie Vardy surprisingly. Soyuncu’s consistency and great ball-playing capabilities with of course gruesome pace, make him a hotshot in the coming transfer market.