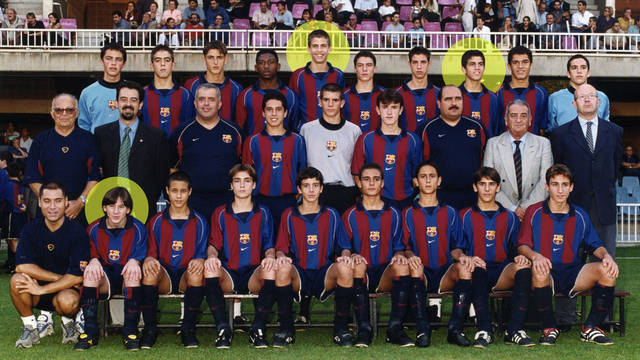 Having a productive academy is a success on the pitch as well as it helps the club financially in the future. From a very young age, players have devoted time to learning the skills and antics that make them exceptional and unique on the pitch, the football academies all around the world help these players to polish their skills and show them how to improve their game to become a more mature footballer.

In this article, we are going to be looking at the clubs who were most successful in polishing their young talents into superstars. Following are the 10 best football academies in the world.

The Brazilian club has produced a lot of promising and highly talented players who have shown their potential all over Europe. The academy is blessed with a whole stadium to its name and world-class facilities. The 2007 Ballon d’Or winner, Ricardo Kaka kicked off his career from this academy and it has also trained many more bedazzling players like Casemiro, Oscar, Lukas Moura, Eder Militao, David Luiz, Ederson, Éder Militão, and David Neres. São Paulo FC’s Youth Squads of all categories have also won various trophies at national and international level.

One of the unexpected names in the list but believe me the youth system of the club is of high standards, everything from scouting to training facilities is up to the mark. Along with Bayern Munich, Schalke’s youth academy is considered the best academy in Germany and is also one of the best in the world. The academy provided Germany with its current captain who is without a doubt one of the best goalkeepers the world has ever seen. The World Cup 2014 winning squad of the German National Football team had 4 players from the Schalke academy; Mesut Ozil, Manuel Neuer, Julian Draxler, and Benedikt Howedes.

Dinamo Zagreb youth academy also known as Hitrec-Kacian, is very underrated for the job they have done over the years tutoring excellent players like Dejan Lovren, Marko Pjaca, Sime Vrsaljko, Mateo Kovacic, and the 2018 Ballon d’Or winner and Real Madrid legend Luka Modric. The Croatian academy is a perfect example of how European clubs make a fortune out of cultivating young, exciting, and energetic players. The club has made almost 50 million Euros from its academy. The academy holds the record for the most home-grown players in a FIFA World Cup final and also in the current Croatia National team 14 players are from the GNK Dinamo Zagreb Academy.

Founded in 1942, La Fábrica has produced a number of players that have contributed to Real Madrid’s sustained sporting success since its inception. The Los Blancos academy has produced a number of star players over the years who helped the club in its success. The most notable alumni of the academy are Iker Casillas, Raul, Guti, Juan Mata, Alvaro Morata, Jese, Nacho Fernandez, Marco Asensio, Dani Carvajal, Lucas Vazquez, and Achraf Hakimi. It is quite a list of names, enough to justify Real Madrid’s youth academy to be among the best. Even though the Spanish giants are famous for their Galacticos but their farm system should not be underrated. La Fabrica is one of the best football academies in the world.