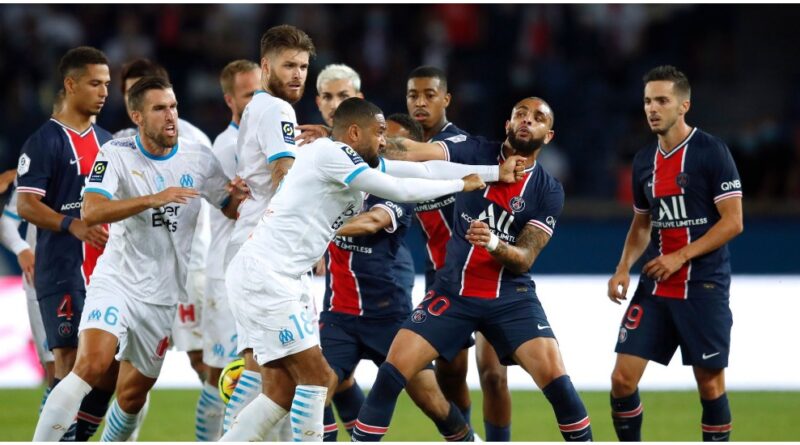 Surprisingly underrated when talking about the top European football leagues, French football boasts one of the most intense, violent, and dramatic football rivalries. In this article, we have ranked the 10 biggest rivalries in French football.

Based on various factors like atmosphere, ticket sales, social media hype, and the intensity of the matches, here are the ten biggest rivalries in French football.

Metz and Nancy are the two major clubs located in the French region of Lorraine. So it was natural that these two clubs weren’t going to be too fond of each other with both of these teams trying to prove their dominance in their region.

Historically, Metz have dominated their local rivalries with 32 victories to their name and have also had more success domestically in terms of trophies won.

These two teams haven’t faced each other in over 4 years due to playing in different divisions but it is safe to say that both sets of fans are chomping at the bit to watch these teams play against each other again.

PSG v Lyon isn’t a geographical rivalry, this rivalry purely stems from these two being the two most successful teams in France in the 21st century.

Lyon had won the French League every single year from 2001 to 2008, their continued success took a halt with the arrival of PSG as a prominent team in France and Europe, PSG have won every but two league titles since 2012 while Lyon have won none.

The games between these two teams are always high voltage and full of drama with the best players in France on show.

AC Ajaccio and SC Bastia are the two biggest clubs on the Island of Corsica. Ajaccio is the Capital City of the Island while Bastia is the Second City of the aforementioned island so there was bound to be a footballing rivalry between their two clubs.

SC Bastia has been the more successful side between the two having won more major trophies and they have also dominated their rivals in head-to-head meetings with 23 wins to Ajaccio’s 10.

Derby de la N77 is another geographical derby, being connected by France’s N77 road, these two clubs are fierce rivals to each other. Both these clubs saw their success before the turn of the century with Auxerre bettering their arch enemies’ success.

These two clubs were regularly competing against each other in Ligue 2 in the recent past until Troyes got promoted last season.

FC Nantes and Stade Rennais are the two major clubs in the French Province of Brittany and the match between these two clubs is contested to determine the best team in the region.

Nantes have been the more successful team between the two in terms of trophies won as well as their head-to-head record.