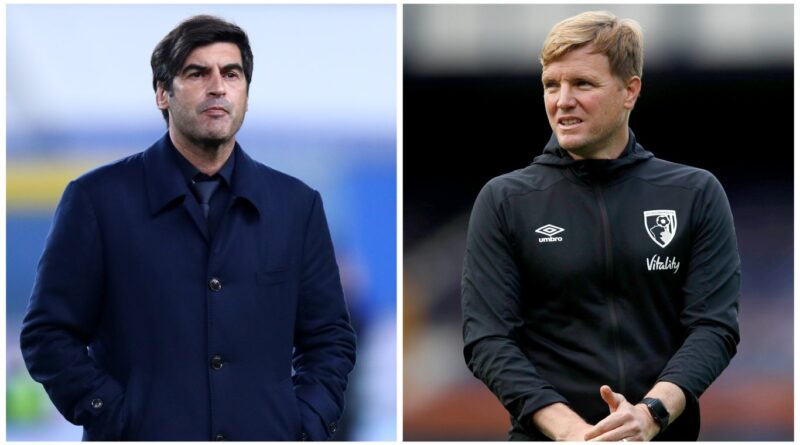 A new era for Newcastle United is underway. After having a change in the ownership of the club, they are now among the richest clubs in the world. With a huge amount of money to spend, they will be looking for some superstars to join and help them win something big.

The question is who would be the right man to manage and guide the team to something big? After entrusting Steve Bruce for 2 years, the club, after a change in ownership, has decided to have a change in management too, because things weren’t quite working out with Bruce as the coach.

Newcastle sacked Steve Bruce on 20th October after a 3-2 defeat from Tottenham and they are currently looking for a new coach to take charge of the club. Many big names have been linked with the club in one place or the other but taking the odds into consideration and the rumors that have been going on, we have narrowed it down to 6 potential managers who could most probably become the next Newcastle United boss.

Roberto Martinez has done some extremely impressive things with not-so-big teams. He won the Football League One, 2007–08 with Swansea City, and the FA Cup with Wigan Athletic in 2012-13. He also took Everton to a 5th place Premier League finish during his time with the Toffees from 2013 to 2016.

Martinez is currently managing the Belgium National Football Team; the Spanish coach has gone on and taken Belgium to become the top-ranked team in the world. He has quite an impressive CV and seems like a serious contender for the job. Most of the NUFC supporters would like to have such a manager controlling their team week in and week out.

He likes his team to play possession-based attractive football and has good experience in England. The Spaniard would be a nice fit for the team but he is also being considered for the Barcelona job so, we just have to wait and see what time holds for the Magpies.

Lampard has been out of the management job since he was sacked by Chelsea at the start of this year. His time with Chelsea was not that bad, he built up the team which went on to win the UEFA Champions League and also took the team to two finals; FA Cup 2019-20 and UEFA Super Cup 2019.

Lampard has a love for attacking football, he has proved himself with the job he did with Derby. In his first season with Derby County, Lampard guided the club to the Championship play-offs after helping them finish 6th in the 2018–19 Championship.

Not everyone would be very thrilled to have him as Newcastle coach, as some would say he hasn’t got much experience and trophies and it might be a risk but we think given the chance he might be proved good for Newcastle.

Howe is not very popular for his defense but his team is very much known for playing an attractive brand of football and the Newcastle job would also reunite him with the star striker from his Bournemouth days, Callum Wilson. He has 12/1 odds of getting signed as the new Toons manager but it all depends on which way the new owners would go.