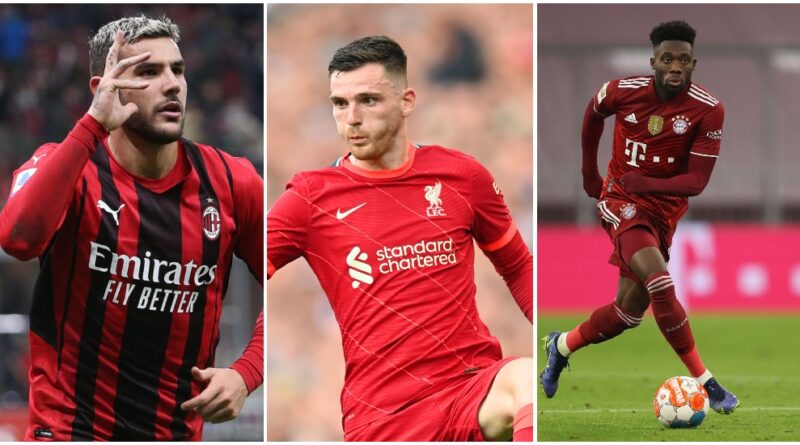 Full backs are the fortitude of any world-class team. It is not merely keeping strikers at bay, but a visionary position in which you should be able to see what the opposition is cooking in another half.

How top teams like Man City, Liverpool, and Real Madrid are building from the back gives insight into the importance of great defenders. It is not an easy task to be a Left- back. You have to run, defend, jump, stay away from intriguing tackles, and rush forward to pass the ball.

A quality left-footed or left-sided player is a rarity. In any formation and tactics, they play an important role. They should not only stop the floodgates on the left, but they should also marshall the turf and make the earth their own.

The 19-year-old is one of the most promising left-backs in Europe. Mendes has already played 12 times for the Portugal national team and has a huge future ahead of him. Known mainly for his offensive capabilities, speed, and technical qualities, Mendes plays mainly as a left-sided attacking full-back or wing-back, which allows him to create danger either from a standing start or whilst on the counter-attack.

The Scotsman has proved himself one of the few really top-class players at Arsenal. The 24-year-old is aggressive on and off the ball, hassling and harrying opposition wingers when out of possession and bombing forward when his side has the ball. He has averaged 2.2 clearances per game this season, which is among the world’s best.

Sandro adds a trademark flair to his role on the pitch. He uses his speed to regularly run past the opposition and likes to join the attack as often as possible. His tackling and defensive skills are great.

He is also quite proficient at dribbling his way through the left side of the field. Sandro is a very good passer of the ball. He is the backbone of the outstanding Old Lady because of his fast forward moving qualities and defensive skills. He is one of the best left-backs in the world right now.

Ben Chilwell has been a very good signing for Chelsea. He made the switch from Leicester in the 2020 transfer window. Chilwell has every tool the modern fullback needs: pace, stamina, composure, pinpoint accuracy, and defensive awareness.

The 24-year-old is a product of the Leicester City academy and won their Academy Player of the Year award at the end of the 2014–15 season. During his time with Leicester, he along with Caglar Soyuncu and Jonny Evans formed one of the most formidable back fours in the Premier League.

Alejandro Grimaldo has been one of the best left-backs in the world for some time now. From pace in wide positions to technical prowess during dead-ball situations, it’s very clear that Benfica have a real gem in their grasp. And the progression he has already shown in the last few years in making the left-back position his own proves that he is well worth keeping at the Estádio da Luz.

Real Madrid have got a successor of Marcelo in the form of Mendy. The 25 years old, ‘Mbappe of left-backs, Mandy has got great tactical awareness, and he will surely be one of the hottest in Europe. The reason he is a 50 million star is his offensive and defensive qualities. When thrown alongside the world’s best, he is unfazed and has great tactical awareness.

Mendy is defensively sound and does not dive into tackles on every occasion. The left-back is good with his interceptions and likes initiating counter-attacks by sending long balls to his forward line. He is extremely talented on the ball and likes to dribble his way up the field.