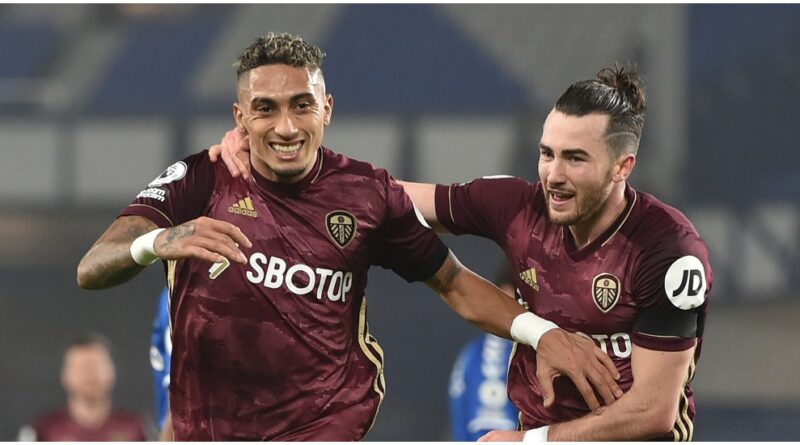 Marcelo Bielsa’s tenure as Leeds United manager was highly successful. He brought the team back to the Premier League after a lengthy spell out of the top-flight. He was able to do so with the help of quality signings made by him. In this article, we have ranked the ten best Leeds United signings under Marcelo Bielsa.

Based on factors like consistency, impact, fans’ opinion, here are the ten best Leeds United signings under Marcelo Bielsa ranked.

James signed on Deadline Day for a Leeds transfer record from Manchester United. Bielsa had been a major admirer of the Welshman before his two-year stint at the Reds and was very close to signing him in 2019. Although he never managed to get a proper run in the United starting lineup, he has still shown his fitness, energy, and tenacity down the wing.

Eddie Nketiah spent a season on loan at Elland Road from Arsenal. Though his time in West Yorkshire was predominantly spent on the bench, he often popped up with some vital contributions during his brief loan spell with the club. He was unlucky to suffer an injury after Bielsa had decided to give him a run in the side. On the first day of 2020, Nketiah was recalled from his loan spell early by Arsenal due to a lack of playing time at Leeds.

Koch was still finding his feet on English soil when he suffered a serious knee injury at Stamford Bridge. That ruled him out for almost four months. However, he showed his versatility at the end of the season when he turned out as a defensive midfielder, potentially solving the perennial issue of back-up for Kalvin Phillips.

Leeds signed Rodrigo in August 2020 for a then club-record fee of £27m. Illness and injury disrupted his first season at the club, but whenever he played, glimpses of the class were seen. He finished his first year with seven goals, four of them coming in the final four fixtures. No doubt a class lad, Leeds fans will expect to see more of him in upcoming matches.