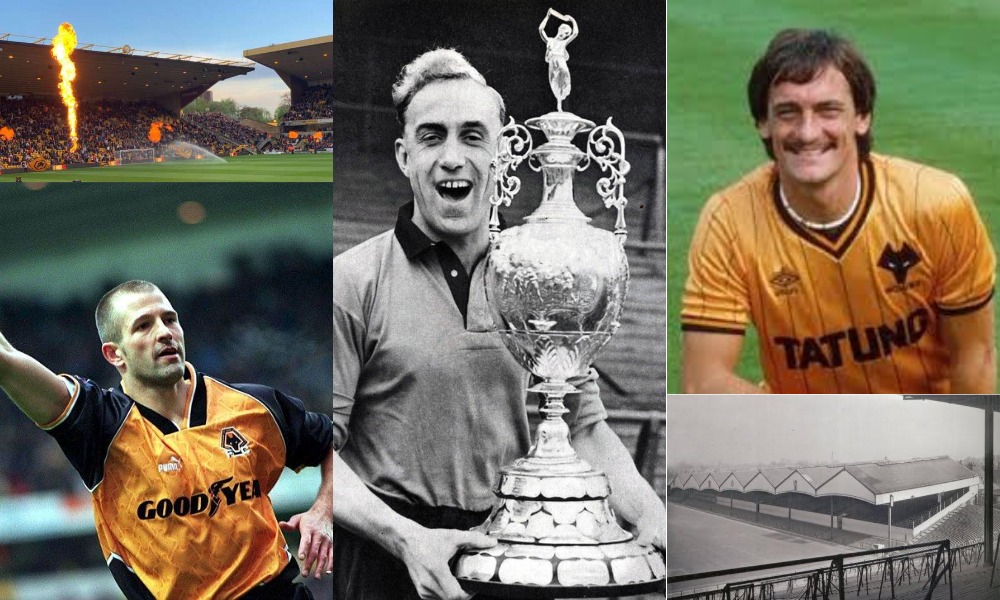 Since being promoted back to the Premier League in 2018, Wolves have been highly lauded for their style which has brought European football to the Molineux.

Wolves were one of the founding members of the Football League in 1888. They have won the English League title three times and the FA Cup four times. Many great players have played for Wolves in their rich history. In this article, we will have a look at the greatest Wolverhampton Wanderers XI of all time.

These Wolves legends have left an everlasting impression on the minds of the fans. Here’s the greatest Wolverhampton Wanderers XI of all time.

Bert Williams was daring, athletic and had a quite remarkable spring in his step. He was one of the world’s greatest keepers in the early 1950s. He joined Wolves for £3,500 in September 1945.

Nicknamed ‘The Cat’, he helped the club to their 1949 FA Cup final victory against Leicester and was integral to their league title five years later.

In total, he played 420 games for the club and represented England at the 1950 World Cup in goal. He deserves his place in the greatest Wolverhampton Wanderers XI of all time.

Derek Parkin is the club’s all-time record appearance maker. He would feature in that backline after playing over 600 matches between 1968 and 1982.

Wolves spent £80,000 to sign him from Huddersfield Town and they made sure he was worth every penny as he became an ever-present in all competitions during his first two years at Molineux. His 609 appearances for the club would see him yield League Cup-winning medals from both 1974 and 1980 and he was one of the first to be inducted into the club’s hall of fame in 2009.

Cullis was known to love dribbling out of his own half and his ball skills suggest he wouldn’t have looked out of place in the modern game.

Were it not for the Second World War, Cullis may have gone on to achieve more in his playing career. A one club-man, the England international captained the club to two consecutive runner-up places in the First Division in the late 1930s, as well as a FA Cup final appearance against Portsmouth in 1939.

Perhaps the greatest captain England have ever had, Billy Wright was the first player in world football to win 100 caps for his country. He went on to win 105, 90 of which were as captain. He was named as the FWA Footballer of the Year in 1952 and finished runner-up to Alfredo Di Stefano for the 1957 European Footballer of the Year.

Wright spent his entire playing career at Wolverhampton Wanderers, playing 541 times for the club and cementing his status as the club’s greatest ever player. Despite playing in defence where just one mistimed tackle can earn you your marching orders, Wright was never cautioned or sent off in his 20-year career.

After spells with Blackpool and Brentford, Bill Slater signed for Wolves as an amateur in the summer of 1952. He immediately became a regular for the first team and was part of the First Division-winning side of 1954.

Bill Slater would subsequently help the club win the same title in successive seasons between 1957 and 1959. He was voted Footballer of the Year in 1960, the same year Wolves won the FA Cup.

Slater made 339 appearances, all while working as a lecturer at Birmingham University. Undoubtedly, he deserves a place in the greatest Wolverhampton Wanderers XI of all time.