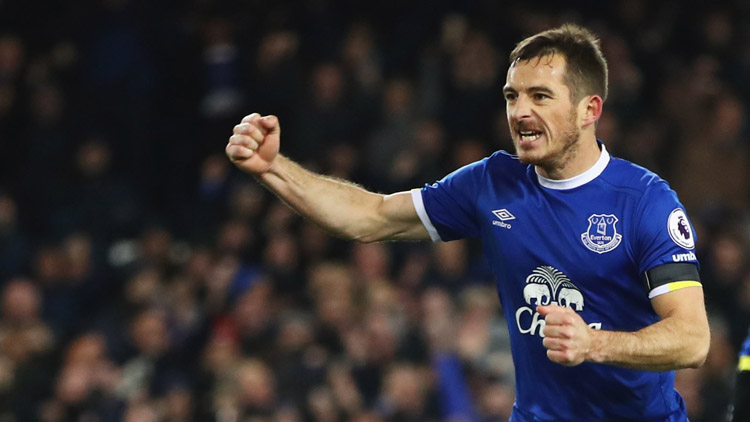 Everton are one of the biggest clubs in England. They have a huge fan-base and a rich history. Many great players have played for the club throughout its history. In this article, let us have a look at some of the best Everton players ever.

The Scottish international signed for Everton for £120,000 in 1980 and his goals quickly became an integral part of one of the most successful Everton sides of all time. Sharp’s greatest achievements were as part of the Everton team which in 1984 won the FA Cup (he scored the first goal in the final), in 1985 and 1987 won the Football League First Division and also in 1985 the European Cup Winners’ Cup. In October 1984, he scored the lone goal in Everton’s first win at Anfield since 1970. He was on the losing side in the FA Cup finals of 1986 and 1989, with both of these finals being won by Everton’s local rivals Liverpool.

His key role in this golden era led to his inclusion in Everton’s “Greatest Ever Team”, following a poll in the club’s 125th anniversary. Sharp scored 159 goals in 455 appearances, during his time at Everton.

In the 1980s Sheedy scored the most goals from free-kicks in the top-flight of the English football league. He was selected in the PFA Team of the Year in both Everton championship winning years of 1985 and 1987.

Latchford was the complete centre-forward, able to score or create chances for teammates using either his feet or head. Despite his good height, he was very fast over short distances, a quality he used to his advantage when scoring many of his goals.

Once the most expensive player in the English League, Latchford’s £350,000 move from Birmingham City to Everton came with high expectations, and he didn’t disappoint. The free scoring striker scored a total of 138 goals in 289 appearances for Everton, becoming the club’s top scorer during the 1975, 1976, 1977 and 1978 seasons. He was also the league’s top scorer during the 1977-1978 season.

Gary Lineker only played for one season for Everton, but left a lasting impression at Goodison Park and is still loved and respected by the club’s fans.

Lineker arrived at Everton, who were the English champions at that time, after being crowned as the First Divisions top scorer while at Leicester City. The Englishman took no time to make his mark at the club and fired 30 goals in 41 appearances which helped the Toffees lift the FA Cup.

His Golden Boot winning performance in the 1986 World Cup attracted the attention of Barcelona who signed the striker soon after making the 1985-86 season Lineker’s only season at the club.

One of the best Everton players ever, Baines spent 13 years with the club. Leighton Baines joined Everton from Wigan in 2007 for a fee of around £6 million. He was a “dependable left-back”, best known for his set-piece expertise and penalties.