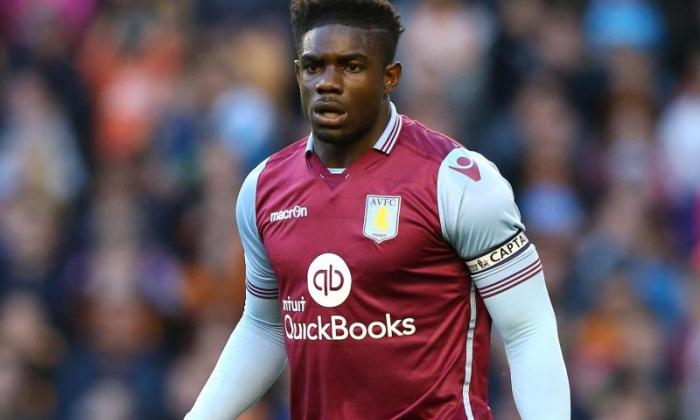 Aston Villa have had their fair share of bad signings over the years. Not necessarily bad players, but also signings that didn’t work for whatever reason. In this article, we will have a look at some of the worst Aston Villa signings ever.

Based on signing fee, wages, impact on the team, attitude and behaviour, here are the 20 worst Aston Villa signings ever.

Signing for Villa from Clermont Foot in 2013, midfielder Yacouba Sylla was expected to be a big player in the Villa team, then in the Premier League still. He wasn’t expensive and did initially impress upon his arrival but quickly fell down the pecking order. Sylla left for Turkish outfit Kayseri Erciyesspor just two years after. He made just over 20 appearances for Villa and has to go down as a flop.

Collymore moved to his boyhood club for £7m in 1997, which at the time was Villa’s most expensive transfer ever. However, due to poor form and off the field problems his Villa career never really took off. He managed just 15 goals in three-and-a-half years with the club, before being allowed to leave in 2000.

Having scored goals in his native Denmark, Villa hoped they were signing one of Europe’s up-and-coming strikers in 2013. However, Helenius failed to ever really force his way into the first team plans at Villa Park and only ever made six appearances in a claret and blue shirt.

After one year in the Premier League, Helenius returned on loan to his former side Aalborg, where he signed permanently a year later. He is regarded as one of the worst Aston Villa signings ever.

In the mid-1990s the defender was one of the most promising stoppers around. Reliable at the back, solid and dependable. He left West Ham for Villa for £3m, hoping to make a fresh start at a bigger club. Unfortunately, his family hated Birmingham and less than a month into his Villa career he signed for Everton.

You might not remember him because he never actually kicked a ball.  The classy Czech midfielder had impressed Villa manager Jo Venglos during a UEFA Cup tie between the clubs but was injured in his first training session at Bodymoor Heath and didn’t actually play a competitive game for the club.

Signed from Czech side Banik Ostrava for £750k in 1990, the stopper appeared in a couple more friendlies before returning to Czechoslovakia the following year.

Beye arrived for £2.5m from Newcastle United in the summer of 2009. At 31 years of age, the right-back was on the wrong side of 30. But, the likes of Luke Yong and Carlos Cuellar restricted the former Marseille captain to a handful of appearances.

The most baffling thing is that the player was on an eye-watering £42,000. In the end, he was released from his contract and ended up at Doncaster Rovers.

It is amazing to think that Makoun has only been at Villa for 18 months following a £6.2million move. He played just seven games in the second-half of 2010/11, and then actually joined Olympiakos on a season-long loan in August 2011, just seven months after joining.

Looks as if Villa may have paid nearly £1million per league appearance. Nice work. Definitely one of the worst Aston Villa signings ever.