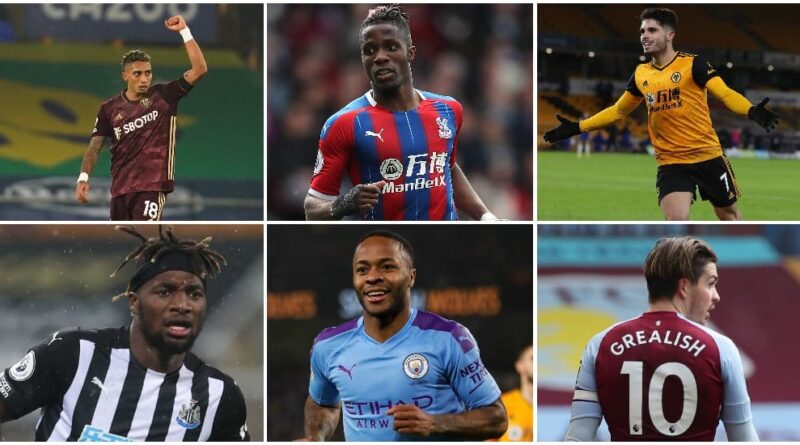 The football game has many aspects, one of them is dribbling. It is one of the most difficult skills in football to master. Endurance, speed, agility, and balance are very important for a player to be a good dribbler. Players who like to dribble are always fans’ favorites. Out of all the other aspects of football, dribbling is what fascinates fans the most.

Dribbling is the key to unlocking opponents defence which leads to goals. Beating a man with a quick drop of the shoulder or with tight control is so satisfying and only the best players are able to pull off the skill. The football world has seen many great dribblers in the past but today we are going to talk about some of the best dribblers in the Premier League right now.

Based on successful dribbles and total dribbles attempted, here are the 15 best dribblers in the Premier League.

The Croatian starlet is a very talented player. He does not panic under pressure; some might even say that there is no point pressing Kovacic because he would just glide past the man pressing him. He has a good decision-making ability and a wide range of passing. His good composure, excellent balance, and agility makes him such a good dribbler.

He doesn’t go down very easily under a challenge and even if he does, he gets up quickly and keeps carrying the ball up the field. He is also a very good player defensively as he has the ability to make good clean tackles. The Chelsea midfielder had an average of 2.5 dribbles per 90 minutes last season.

The English winger is a talented and intelligent young player with a very good technical ability. He can make excellent runs and can finish with efficiency. He was involved in 13 goals in 22 appearances last season. Barnes also had 3.6 dribbles per match and had a total of 89 attempted dribbles, making him one of the best dribblers in the Premier League.

His deadly pace is always a problem for the defending team and his passing in the final third is also very smart. His one-on-one ability is very good as he recorded 70.5 % successful take-on accuracy in the 2019-20 season. He is a very exciting player to watch nowadays, especially for Leicester City fans.

Masuaku can keep the ball glued to his feet and can cause havoc from down the left flank. Like most, good modern fullbacks, the West Ham wing-back also contributes a lot to the team’s attack. He is an extremely skillful player as he can skip past defenders using some bedazzling skills and makes them breakdance.

Masuaku has the record of completing more dribbles (119) in the 18-19 season than any other defender since the start of the 2017/18 Premier League season. He has really been a bright spark for the Hammers since his signing. The Congo international has an average of 3.7 dribbles per match in the 2020-21 season. He is one of the best dribblers in the Premier League.

Brazilians are known for their skills and dribbling abilities and Raphinha surely has both of them. He can run at the opposition team with a great pace. Raphina can skip past players using some great skills and the defenders just keep chasing his shadows. He can also pass and finish with accuracy.

Leeds manager Marcelo Bielsa has great admiration for the attacker, for his individual excellence. “The dribble is always the most dangerous thing for a defense,” he said when asked about Raphinha’s dribbling. Raphinha attempted 110 dribbles last season with 3.7 dribbles per match.

Ademola Lookman is a very good player overall, he can finish the ball with a powerful shot and from long ranges, he can also create chances and assist but he has an excellent dribbling quality. His change of pace and sublime skills help him dribble with such a class.

He has the 5th best successful dribbles per game ratio of 2.4 in the Premier League and he had 128 total attempted dribbles last season with a rate of 3.8 dribbles per match. The young English winger is incredible to watch when in full flow and has improved progressively since joining Fulham last season.

Wilfred Zaha is the second most fouled player in the Premier League for the last two seasons. The Crystal Palace attacker drew 2.9 fouls per game in the 2020-21 season and 3.2 per game in the season before that. He also averaged 3.8 dribbles per match and had a total of 117 dribbles in the last season.

Zaha is a very vital player for the Eagles. He has very quick feet and likes to cut inside the penalty box. Zaha is one of the best dribblers in the Premier League and likes to take defenders one on one and use dazzling skills to get past them and his good physique helps him do that efficiently.

The English attacker has shown some great individual skills, playing with such a talented team like Manchester City, which loves quick transition football and play with great teamwork. He can skip past two or three players easily on the left flank to either cut inside the penalty box or sometimes cross the ball in the danger area.

Sterling is a very intelligent player on and off the ball. He also has a good range of passing. Sterling averaged 3.9 dribbles per game last season. He also had a total of 122 attempted dribbles. He is an important part of the Man City team and causes a great threat to the opposition defense.