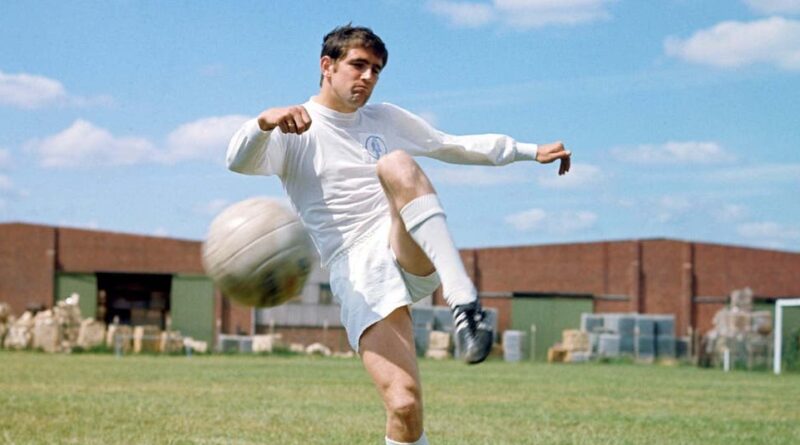 Leeds United are one of the most followed clubs in England. Over the course of its history, the club have gone through many highs and lows. Many great players played for the club during their history. In this article, let us have a look at some of the greatest Leeds United players of all time.

Here are the 10 greatest Leeds United players of all time.

Reaney was one of the first fullbacks to assume an “overlapping wing technique”. His pinpoint crossing to the Leeds attack one minute was matched by his ability to pop up and clear off the Leeds goal line the next. He quickly earned a reputation as a fiercely competitive, disciplined defender, capable of closing out the most talented of attackers.  George Best rated Reaney as one of the two best defenders he played against.

Reaney made nearly 750 appearances during a spell at Elland Road that lasted around 17 years. In that time he would help United win the league title and Fairs Cup twice each, the FA Cup and League Cup on one occasion and help the Whites reach a European Cup final.

His ability to deal with some of the finest wingers the game has ever seen, including Best, with minimal fuss that made him such a key man in Leeds’ side. He was one of the reasons why United enjoyed plenty of success during that period.

Martyn became the country’s first £1 million goalkeeper when joining Crystal Palace from Bristol Rovers in 1989, having made over 100 appearances for the West Country club. Leeds paid £2.25 million for him in the summer of 1996, then a record for a goalkeeper.

One of the greatest Leeds United players of all time, Nigel Martyn, made 273 appearances from 1996 to 2003 and played a significant role in the team that went all the way to the last 4 of the UEFA Champions League, eliminating FC Barcelona and S.S. Lazio in the process.

Martyn played as Leeds’ first-choice goalkeeper for six seasons and was very consistent. He was named officially as United’s greatest ever goalkeeper, beating off competition from the likes of Gary Sprake and John Lukic – men who both won championship medals at Elland Road.

Norman Hunter was a hard but skilful left half, nicknamed “Bites Yer Legs”. He daunted opposition players at home and across Europe, with his bone-crunching tackling. Despite playing second fiddle to the favoured Bobby Moore, he was still capped 28 times for England.

In his 15 years at Leeds, he made 724 appearances, scoring 21 goals before moving on to Bristol City in 1976. He was admired by the Leeds United fans and other players for his playing skills as well as his impressive defensive abilities. He helped United win the league title, League Cup, FA Cup and Fairs Cup twice during his first decade with the club.

Johnny Giles is well remembered for his time as a midfielder with Leeds United in the 1960s and 1970s. He was signed from Manchester United in 1963 and became one of greatest Leeds United players of all time.

A penalty expert, his creative partnership with “King Billy” Bremner was pure magic. In 12 seasons wearing the No.10 shirt at Leeds, he scored 115 goals in 525 matches. In his career as a player, he won 59 caps and scored 5 times for Ireland.