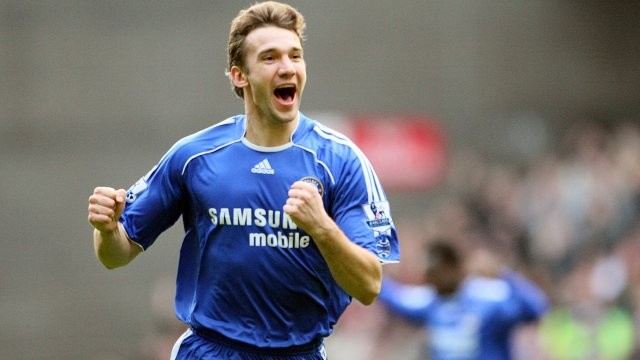 Football Clubs always looks to improve their squad by signing quality players in order to achieve their objectives.In today’s era clubs are willing to splash huge money to get whom they want.But not always these signings turns out to be fruitful for the club.Today we will look at such flop transfers.

Here is our list of ‘ 10 Worst Transfers In Football History ‘.

The much heralded Argentine, was supposed to bring a level and class and genius to Old Trafford.But that didn’t quite happened.Sir Alex Ferguson wrote of his troubles handling Veron in his autobiography, saying the midfield star didn’t make any effort to learn English. Veron arrived at Old Trafford in 2001 for a then British record transfer fee of £28.1 million but struggled to adapt to the English top flight and was moved on to Chelsea after just two years.He is 10th in our list of ‘Worst Transfers In Football History’.

From better than a goal every other game at Valencia – and not far shy of that with Getafe – Soldado netted just seven times in 52 Spurs games.

Not a great return on Tottenham’s £26 million investment.

He shot to prominence during the 2002 World Cup after being a member of Brazil’s winning team. Kleberson signed for Man United the following year for just under £6 million and was seen as a replacement for flop Juan Sebastián Verón. Unfortunately, Kleberson was an even bigger flop and dubbed one of Fergie’s worst buys.

The midfielder suffered from injuries and poor form during his two years in the Premier League, during which time he scored just two goals.

Chelsea owner Roman Abramovich is said to have signed Shevchenko – at the time, the best striker on the planet – as a gift for then-manager Jose Mourinho.

The Ukrainian was signed for £30 million in 2006, but his form was so bad – just nine goals in 48 Chelsea appearances – that Chelsea ended up loaning their ‘star’ striker back to former club Milan.

On the day Jo completed his £18 million move to Manchester City in 2008, Mark Hughes said: “He’s a big guy, in stature and ability, so I think everybody will enjoy watching him play. I think it’s a real coup that we’ve been able to bring him to the club.”

Jo, though, was an unmitigated disaster. He scored just three goals in 21 appearances for the club – two of which came against Omonia Nicosia in a Uefa Cup match – before being loaned to Everton seven months after signing.Jo is no.6 in ‘Worst Transfers In Football History’.

Damien Comolli’s name will forever be one that divides opinion at Anfield.

He is the man responsible for bringing in Luis Suarez, but similarly he managed to outlay £20million on Stewart Downing and a monster £35million on Andy Carroll.

The £35m fee eventually agreed was nearly double the first offer made just hours earlier. Carroll’s time at Anfield started badly – he was injured when he arrived and didn’t start a game until March 17. Though there was a couple of promising moments (a brace against Manchester City and a FA Cup semi-final winner against Everton the main highlights), the striker was not to Brendan Rodgers’ liking and was shipped out to West Ham (initially on loan) in summer of 2012.

Embed from Getty Images
After impressing for Newcastle, and earning an England cap, Real Madrid surprised the football world by signing the oft-injured Woodgate. Indeed he was injured when they bought him, and didn’t play for a full year. In his debut, he scored an own goal and was sent off!One year later he was sold.

Real Madrid  completed the signing of Brazilian playmaker Kaka from AC Milan on a six-year deal in 2009. The fee was reported to be about £56m, which was new world record in pounds sterling, surpassing the £45.6m Real paid for Zinedine Zidane in 2001.

Huge things were expected from the Ballon D’Or winner of 2007.But things didn’t turned right for him and he was reduced to a mere benchwarmer.He is 3rd on our list of ‘Worst Transfers In Football History’.

Monaco signed Falcao from Atlético Madrid in 2013 for £52 million and at the time he was considered one of the best strikers in the world. However, he spent only one season in Ligue 1, suffering a major knee injury midway through, before embarking on a disappointing loan spell at Manchester United. At Old Trafford he was earning £285,000 a week but scored just four goals in 29 appearances.

He was a goalscoring machine at Liverpool, racing to 50 goals for Liverpool in record time. Passing records set by Ian Rush, Robbie Fowler and then Michael Owen.He moved to Chelsea in January 2011 for a massive £50 million. And it is that enormous figure that makes Torres No 1 on this list of ‘Worst Transfers In Football History’. Plus the fact he scored just seven goals in his first two Premier League seasons in London before eventually going on to reach 20 in a four-year spell.

When people talk about a waste of money, Torres is the first name on most lips.

Best Football Academies In The World