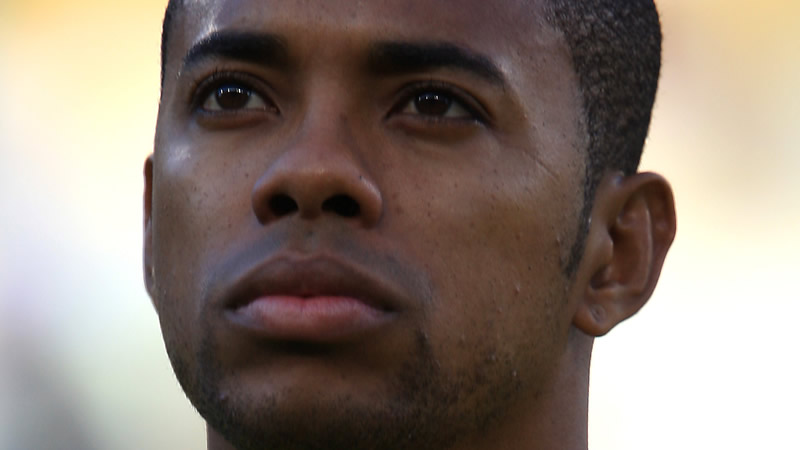 In order to become a great footballer you need to be mentally strong,have a bit of luck in your favour,and most importantly,ability.Today we will look at some of the footballers who had all the abilities to become great but couldn’t become one because of their attitude or luck.

Here is our list of ‘Footballers That Could Have Been Great’.

After a very impressive start to his career in Brazil and then Italy with Parma and Inter, the striker’s love for nightlife and alcohol and his poor fitness would have a negative effect on his career in general, causing him to be left off the Brazilian national team and benched by then-Inter manager Roberto Mancini.

His return to Brazil with Sao Paulo and Flamengo would be followed by a short-lived and unsuccessful stint with Roma before returning to his home country.The Brazilian is 10th in ‘Footballers That Could Have Been Great’.

Biggest Football Traitors Of All Time

In 2005, the Football Association Premier League Appeals Committee decided that the player had committed a breach of his contract without just cause, which made Chelsea eligible to sue him.

Mutu was eventually forced to pay £14.8million. Many say that Mutu couldn’t recover and his career never had the flash it should have.

Largely thanks to injuries, Jonathan Woodgate wasn’t named very often to the English national team, but his performances with Leeds and Newcastle United were apparently enough for Real Madrid to scoop him up in 2004 for a fee of $20.2 million. However, his time at the Bernabeu was largely a failure, with his first game seeing him score an own goal and get sent off. He only played 14 games in total, with constant injury problems greatly limiting his ability to even set foot on the pitch. Woodgate would then go back to England, signing with Middlesbrough before transferring to Tottenham Hotspur, Stoke City, and then back to Middlesbrough again.

“He was the best player I’ve ever seen and the best footballer I ever played with,” says Sir Bobby Charlton.

The Munich air disaster at 1958, took the life of a 21-year-old versatile player, armed with boundless stamina, an all-encompassing range of passing and a truly ferocious shot, a player who could control any game he played in.

Everyone who has seen Edwards play talks about one of the best and most complete football player this world has ever seen.He is no.7 in our list of ‘Footballers That Could Have Been Great’.

Starting off his career as a young dribbling maestro for Sao Paulo in his native Brazil, Denilson sealed an approximately $31.4 million move to Spanish side Real Betis in 1998 – a world transfer record at the time. His time at the club was up and down, and included the team being relegated to the Segunda Division in 2000 before returning to La Liga and making the Champions League in 2004-05. However, Denilson had fallen down the pecking order at this point, and would play a fairly short stint at French side Bordeaux before signing with clubs in Saudi Arabia, the U.S., Vietnam and Greece prior to his retirement.

Balotelli’s inclusion in this list is debatable,as he is still very young and can go on to become great.But he started off as a very promising talent but because of his attitude he has suffered a lot.He is currently with Liverpool where he is struggling to make it to the first team and maybe sold soon.

Update:He has joined French Club Nice and has started the season well.If he continues this way he will be removed from this list of ‘Footballers That Could Have Been Great’.

Pablo Aimar,dubbed as the new Maradona, signed with Valencia in Spain from River Plate in his early 20s for a fee of $27 million. The playmaking midfielder Aimar’s time with Los Che was blighted by injuries including a bout with meningitis and he would later sign with Real Zaragoza and Benfica, and most recently played club football in Malaysia. Aimarthen went back to River Plate to train with the team, but injuries may hold him back from signing a contract.

The winger with quite an array of fancy footwork was once hailed as a talent with just as much promise as his countryman Cristiano Ronaldo has largely failed to live up to high expectations, as he’s been criticized for having attitude problems and purported selfishness on the pitch. To make matters worse, he was awarded the Bidone d’oro (Golden Trashcan) award for being the Serie A’s most disappointing player in 2008 while with Internazionale.

As someone who made his senior team debut with Sevilla at the age of only 16, to be followed by signing with Arsenal at age 20, you could say that much was expected of this Spanish winger’s future. Although he’s turned out to be a decent player, Jose Antonio Reyes hasn’t exactly been the offensive dynamo people hoped he would be, with his time at Arsenal being largely highlighted by homesickness and inconsistent play despite winning the league title with them in 2004. His career has since seen him don the kits of Real Madrid, Atletico Madrid, Benfica and Sevilla.

Pele named Robinho his successor when he stunned the world with his performances for Santos in the early 2000’s.

Real Madrid managed to purchase him in 2005 and the Brazilian made such appearances which led people to believe he was the next big thing in football.

His move to the English side of Manchester City was probably the worst decision he made in his career. Robinho didn’t fit the toughness and the mentality of the English football, and City loaned him back to his old team, Santos.

In 2010, AC Milan purchased Robinho and gave him a chance for redemption, but he failed to shine once again.He tops the list of ‘Footballers That Could Have Been Great’.