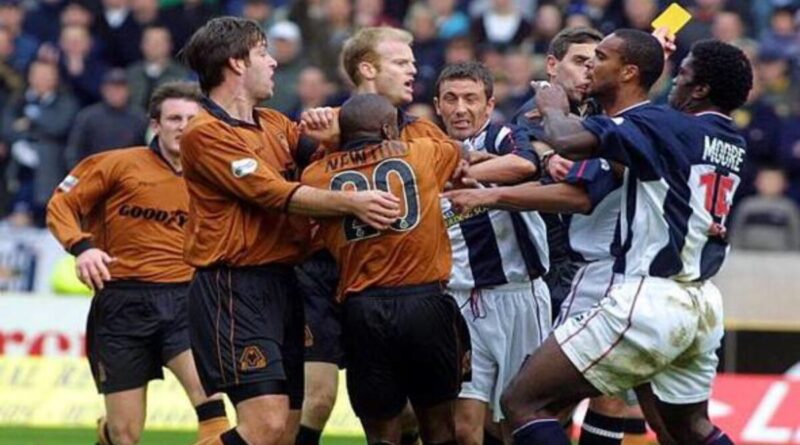 West Brom is one of the most followed clubs in the West Midlands. They have a big fanbase and a long history. Over the course of their rich history, they have developed several rivalries. Some of these rivalries are location-based derbies, while some of them started because of different reasons. In this article, let us have a look at some of the biggest rivals of West Brom.

Based on historical importance, match atmosphere, media hype, and fans; opinions, here are the five biggest rivals of West Brom.

Stoke City’s biggest rivals are Port Vale, but also have traditional rivalries with a few Midlands clubs including West Brom. In a 2019 survey called ‘The League of Love And Hate’, Stoke fans voted West Brom as their third biggest rivals, while West Brom supporters voted The Potters as their fifth biggest rivals. In 150 games played between the two, Stoke has won 64 compared to West Brom’s 49.

In the same survey, West Brom fans voted Coventry to be their fourth biggest rival, while Coventry fans didn’t consider West Brom among their top five rivals. This rivalry is mostly location-based as both clubs are from West Midlands. They have played 66 matches against them, out of which West Brom won 32 compared to Coventry’s 17.

It might not be a madly-contested rivalry but it’s still a local derby with bragging rights at stake. Emotions are bound to be high when there is a clash between the two clubs representing the two main cities of the West Midlands. Both these clubs have a dislike towards Aston Villa and Wolverhampton Wanderers. In the 135 games played between the two, Birmingham have won 36 while the Baggies have won 61.

A lot of older West Brom fans still consider Villa to be their biggest rivals ahead of Wolves. However, in the above-mentioned survey, both Villa and West Brom fans voted each other as their second biggest rivals. The stadiums of these clubs, Villa Park and The Hawthorns, are just four miles away from each other. This helps to create a great matchday atmosphere. There have been 173 games played between the two, with West Brom winning 55 matches compared to Villa’s 79.

The derby between Wolves and West Brom is one of the biggest football rivalries in English Football. Fans of both clubs see each other as their biggest rivals. The Black Country derby, as it is called, is one of the most passionately contested in the country, with both clubs being similar in terms of size and fanbase. The two sides have met 162 times, and West Brom have won 65 games compared to Wolves’ 53.