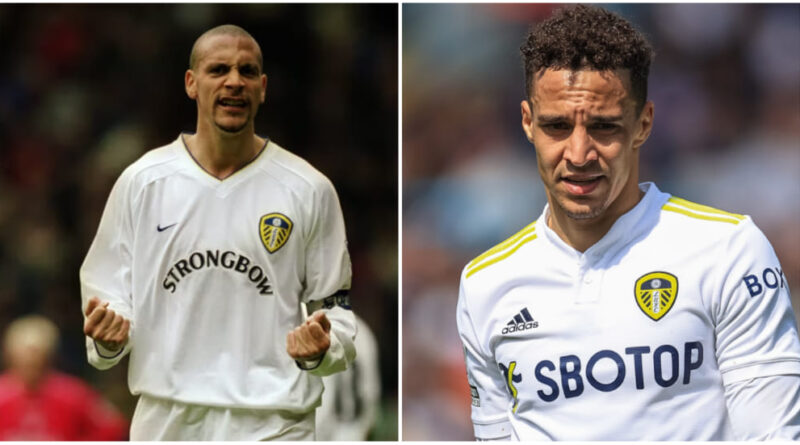 Leeds United are one of the best-supported teams in England. Over the years, they have signed some big names. This article has ranked the ten most expensive Leeds United signings ever.

After joining the club on loan from Wolves in the 2019/20 season, Helder Costa made his move permanent for just under £16m in the following season. However, he was not able to able to make an impact in the Premier League and was loaned out to Valencia for the 2021-22 season.

The centre-forward was signed from Inter Milan in 2001. He initially joined on loan before being signed permanently. Having performed nicely during the loan spell, his form dropped drastically after switching permanently. As a result, he was ultimately sold to Spurs for a fee of just £7 million.

Leeds signed Raphinha from Rennes in 2020 for a fee of £16.74m. It’s fair to say that it was one of the best ever investments done by the club. He was among the best players during his two seasons with the club and played a huge role in keeping Leeds safe from relegation last season. He was sold to Barcelona in 2022 for a fee of around £50m.

Leeds signed USA international Tyler Adams from RB Leipzig for an initial fee of £18.00m. He is seen as a successor of Kalvin Phillips who left the club to join Manchester City. The 23-year-old worked with Jesse Marsch at New York Red Bulls and will hope to give his best for the Yorkshire side.

Signed from Real Sociedad in 2020, Llorente is still trying to justify his price tag. Even though he is a Spanish international, he is yet to cement his place at Elland Road. A full season under Jesse Marsch could be a make-or-break season for him. He is one of the most expensive Leeds United signings ever.

Leeds signed Colombian international Luis Sinisterra from Feyenoord in July 2022. The winger had spent his last four seasons with the Dutch side Feyenoord, where he made a name for himself. Sinisterra managed 23 goals and 14 assists last season and is a likely replacement for Raphinha at Leeds.

A Man Utd legend, Rio Ferdinand had initially signed for club rivals Leeds United in 2000. He was the most expensive defender at that time and came with a heavy reputation. And he certainly lived up to the hype and was able to build up on the remarkable promise he’d shown at West Ham. He became an integral part of the club and also captained the club for a season. Leeds sold him to Man Utd in 2002 for £33m, as the club had landed into financial troubles.

Leeds United sign Aaronson from Red Bull Salzburg in the summer of 2022. The American midfielder scored six goals and provided ten assists in all competitions last season. A similar performance for Leeds will be considered an investment well done. He has add-ons in his contract, which could see his signing fee rising up to £29.56m.

Marcelo Bielsa was close to bringing James to Elland Road in 2019, but the deal didn’t materialize and he moved to Manchester United instead. He joined the Yorkshire club two years later from Red Devils for a hefty fee of £26.19m. Leeds’ decision to spend big was questioned as the player had struggled to find his feet at Old Trafford. He is yet to justify his price tag and this new season could be a crucial one for him.

Eyebrows were raised when Leeds United spent a club record £27.00m on a 29-year-old Rodrigo in 2020. The fact that he had only scored 4 league goals in the previous season for Valencia, made the deal look even weirder. His first two seasons have been below par and he will hope to justify his price tag this season for Jesse Marsch’s team.