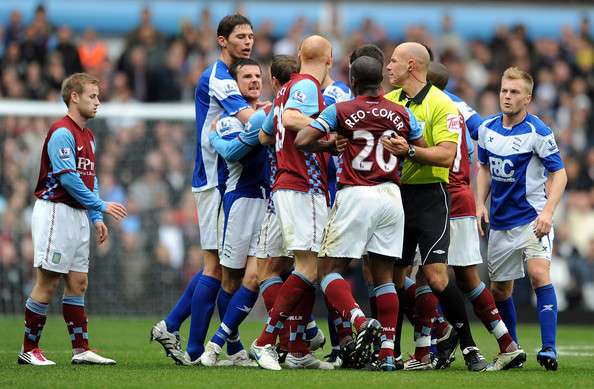 Birmingham City are one of the biggest and most followed clubs in the West Midlands. Over their history, they have developed a lot of rivalries based on location. Apart from geographical factors, some other issues contribute to rivalry. In this article, let us have a look at some of the biggest rivals of Birmingham City.

Based on history, match atmosphere, media hype, and the fans’ opinions, here are the five biggest rivals of Birmingham City.

This is one of the rivalries not based on location as Leeds are located in Yorkshire. In a recent survey, Birmingham fans voted Leeds among their five biggest rivals. The bad blood between them started in 1985, when a riot broke out between Hooligans from both clubs. Violence erupted on St. Andrews’s terraces, resulting in more than 300 injuries. The worst part of this riot was the death of 15-years old Ian Hambridge, who lost his life after being crushed by a falling wall.

Their recent meeting in 2019 at Elland Road was also marred by violence. Birmingham fans allegedly attacked stewards as they tried to control a fan that ran onto the pitch.

Birmingham and Coventry share a local rivalry, with both clubs considering each other among their top five rivals. However, the recent ground share agreement between the two, which allowed Coventry to use St. Andrew’s between 2019 and 2021, has led to a bit of friendlier relations between the clubs. Both these clubs consider Aston Villa as their main rivals.

When it comes to West Midlands, most of the clubs have rivalries with each other. Even though both these clubs have bigger rivalries with other clubs, they also dislike each other. With bragging rights involved, the games between them are an intense affair. In 141 matches between these two, Wolves have won 67 to Birmingham City’s 41. It’s fair to say that Wolverhampton Wanderers are one of the biggest rivals of Birmingham City.

It might not be a madly-contested rivalry but it’s still a local derby with both teams trying everything to win. Emotions are bound to be high when there is a clash between the two clubs who take their names from the two main cities of the West Midlands. Both these clubs have a dislike towards Aston Villa and Wolverhampton Wanderers. In the 135 games played between the two, West Brom have won 61 while the Blues have won 36.

The Second City derby has a rich history; it is not only played out on the grounds but also in Birmingham’s streets, shops and pubs, offices and school playgrounds. The rivalry runs deep into the families of the supporters and has been passed on from generation to generation.

The first meeting between them was in 1887, which was won by Villa 1-0. There have been 128 meetings in major competition between the two teams since then, of which Aston Villa have won 57 and Birmingham City 38.