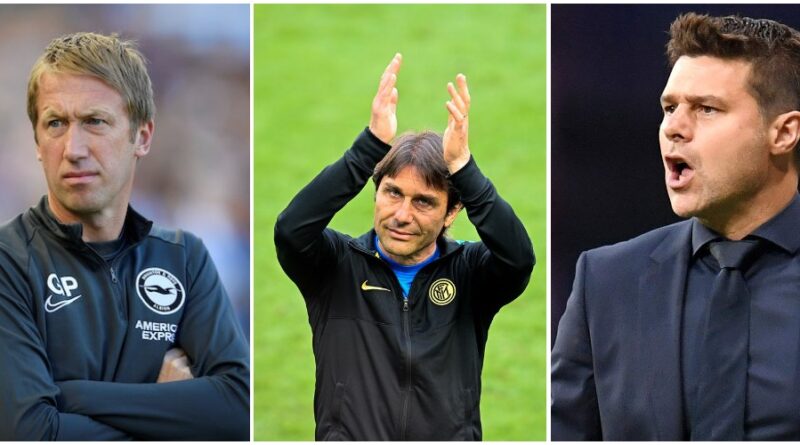 For the second time in less than 18 months, Tottenham are looking for a new manager. It has been more than four weeks since Mourinho was relieved of his duties as Tottenham boss, but his permanent replacement is still yet to be announced.

Ryan Mason was installed as interim head coach until the end of the season, but chairman Daniel Levy is expected to make a higher-profile permanent choice for next season. Here are the potential candidates ranked for the next Spurs’ managerial post.

Rodgers’ stock has risen further in this campaign following a superb season, in which he guided Leicester City to the FA Cup. They narrowly missed out on the UCL spot with a 5th finish in the Premier League table. Under Rodgers, Spurs could become a very exciting and attacking team to watch, with the side scoring tons of goals. He is one of the candidates to be the Tottenham Hotspur new manager.

The Brighton boss is one of several targets under consideration by Spurs chairman Daniel Levy ahead of the start of next season. Potter does appear to tick all the boxes Levy wants in the next Tottenham manager as his search to appoint Jose Mourinho’s successor rumbles on. However, Potter has insisted he has not been distracted by talk about his future and revealed he is “excited” about his Brighton side.

The Spaniard, who has managed Wigan and Everton in the Premier League, was on the club’s shortlist to replace Jose Mourinho. However, it is understood there are no plans for talks between the two parties. The Belgium boss is in talks with the club over the current vacancy and he is believed to be looking for a return to club management but only after the conclusion of Euros.