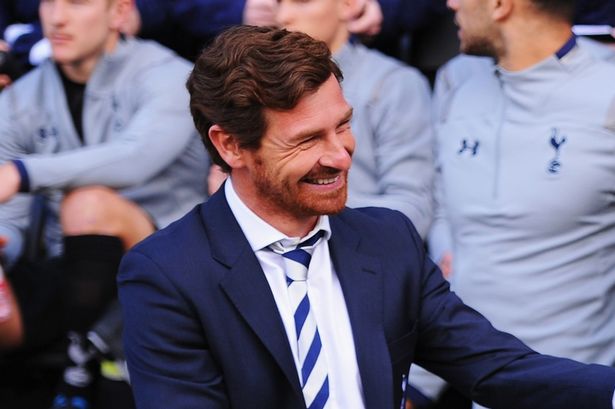 Football managers play a very vital role in the performance of a team. Thus, having a manager who was himself a footballer is ideal. However,there are some very good managers who never played football professionally. Today we will have a look at such managers.

Managers like Jose Mourinho, Arsene Wenger etc are not included in this list as they have played professional football, even though for a brief period of time. Here are the top 10 managers who never played football professionally.

Clement has managed Derby County, Swansea City and Reading and has previously held coaching roles at Fulham, Blackburn Rovers, and the England under-21 and Republic of Ireland under-21 teams.

His playing career did not progress beyond non-league footballer. He concentrated on coaching from the age of 23, as he worked in the Chelsea centre of excellence while holding down a job as a Physical Education teacher.

Clement obtained a UEFA ‘A’ coaching licence in 1999 and became a full-time football coach in 2000, when Fulham appointed Clement to a role in their academy.

Gerard Houllier is well-remembered by Liverpool fans for his treble in 2000/01 season in which he won the FA Cup, League Cup and the UEFA Cup. He is also one of the managers who never played football professionally.

Not many can claim to have won the Ligue 1 with two different clubs. Gerard Houllier did just that when won three Ligue 1 titles, his first with PSG in 85/86 and then guided Olympique Lyonnais to two French titles, before announcing his resignation on 25 May 2007. He also coached the French national team between 1992 and 1993 and Aston Villa between 2010 and 2011.

Hodgson was a youth player with Crystal Palace, but was never able to break into the first team. After leaving Crystal Palace he played non-League football for several years with Tonbridge Angels and Gravesend & Northfleet. At the age of 23, he completed training to become a fully qualified coach.He then joined Maidstone United, where he  served as assistant manager to Bob Houghton.

He has since coached across Europe and beyond, including clubs like Fulham,Liverpool and West Brom and also the national teams of Switzerland, United Arab Emirates, Finland and, most recently, England. His greatest success with a Premier League club came at Fulham, whom he improbably saved from relegation in 2008 and led to the Europa League final in 2010.

Grant has spent the majority of his career coaching and managing in Israel, winning a number of national league and cup victories with different teams, and also managing the Israeli national team for four years.

Grant’s professional coaching career started at age 18, in 1972, as youth coach of his home-town team, Hapoel Petah Tikva. In 1986, After a 14-year spell in this job, he was promoted to first team coach, leading the club to two Toto Cup victories, in 1990 and 1991, thus bringing Hapoel Petah Tikva back to the top of Israeli football after nearly 25 years.Managerial roles with few other Israeli clubs, followed, before in 2006 taking up a technical director role at Portsmouth.

In 2007, he became director of football at Chelsea and took over as boss that September following Mourinho’s exit. An unpopular appointment with fans, he still led the club to the 2008 Champions League final, which they lost on penalties to Manchester United, before he was dismissed at the end of the season. Short spells at Portsmouth, whom he led to the FA Cup final, and West Ham followed.

At age 13, Kerr took his first coaching role when appointed to the Crumlin United under-11 side. He gained employment in University College Dublin as a trainee technician, while following his football interests. Kerr, although playing for Shelbourne F.C. B team, realised he did not possess enough talent to make it to the top as a footballer and at an early age decided to concentrate on coaching.

He became manager of Shamrock Rovers B team at the age of just 21. He worked his way up to the position of manager at top flight League of Ireland side St Patrick’s, winning the title twice before being appointed technical director of the Football Association of Ireland in 1996. Kerr coached the national side’s under-20 team to third place at the 1997 World Youth Championship and won the under-16 and under-18 European Championships in 1998.

One of the best managers who never played football, Kerr, was rewarded with the national team’s top job in 2003, but he failed to guide Eire to either Euro 2004 or the 2006 World Cup and was sacked in 2005. He then managed Faroe Islands national team between 2009 and 2011.

The Portuguese owes his coaching career to Bobby Robson. Starting as a teenager, he obtained his coaching qualifications while working under Robson at Porto. He served as an assistant to Jose Mourinho before taking the top job at Liga side Academica aged just 32. The following year he won the league and cup double and the Europa League in his one season at Porto before heading to Chelsea, where he was dubbed the new Mourinho. But he lasted less than a season with the Blues.

He then joined Tottenham in 2012 but on 16 December 2013, Tottenham announced that Villas-Boas had left the club “by mutual consent.” The dismissal, with Spurs lying seventh in the Premier League and having won all six of their Europa League group games, followed a series of disappointing domestic league results that included a 6–0 defeat away to Manchester City and culminated in a 0–5 home defeat to Liverpool. Villas-Boas left the club with the highest percentage of league wins of any manager in the club’s Premier League era. He then managed Zenit St Petersburg for 2 seasons,before leaving for Chinese club Shanghai SIPG.

Bill Struth was exceptional as Rangers manager. A stonemason by trade, Bill Struth sporting career started in the field of athletics, where he made a name for himself as a middle-distance runner. It was this that helped him get a job as a trainer for Clyde and then Hearts, before he joined Rangers as an assistant in 1914. He eventually took over manager in 1920 and transformed the club into Scotland’s dominant force, winning a mind-boggling 18 League titles, 10 Scottish Cups and two League Cups during his 34-year spell in charge at the Ibrox.

During his reign, Bill Struth became the first Scottish manager to win the treble and was only the second-ever manager of Rangers. He even managed to rack up a staggering 14 Scottish titles in a 19-year period, in the process lifting the premier domestic knockout trophy for the first time in Rangers history in 1928. For all of his accomplishments, there is a bronze statue of him at Ibrox Stadium.

Arguably one of the greatest manager to have never played football, Guy Roux resigned in 2005 after 44 amazing years at Auxerre, in which he transformed an amateur team into one that is now known nationally and internationally. A 23-year-old Guy Roux was given the job as coach of Auxerre, although he had no experience and had only played for the club, which was still an amateur back then for nearly a decade.

As a manager, he helped Auxerre reach the Coupe de France final in 1979 and in the same year won Ligue 2, which meant that they would be in Ligue 1, the following year. For 34 successive years they stayed in Ligue 1 and in the process won the title once in 95/96. After winning the Coupe de France the year before that, Auxerre were slowly developing into a major force. To add to all this, players like Eric Cantona, Laurent Blanc, Djibril Cisse and Philippe Mexes, all started their careers at this very club.

When Roux called it quits in June 2005, he called time on an illustrious career that saw him the league title once, the Coupe de France four times and also win the Intertoto Cup, whilst also reaching the semifinal of the UEFA Cup in 1993.

He managed Brazil to victory at the 1994 World Cup, the 2004 Copa América, and the 2005 Confederations Cup. He was also voted the IFFHS World’s Best National Coach in 2005.

Brazil’s 1994 World Cup-winning coach’s path to glory began not as a player, but as a trainer. “I started out as a fitness coach,” explains Parreira. “But there reached a point in my life where I was so well qualified that I was almost pushed into taking on a head coach’s role. In Kuwait they asked me to take charge of their youth sides and that was the start of a long career.” It’s a career that’s taken in six World Cups, including that 1994 triumph with Brazil.

Parreira’s opposite number in the 1994 World Cup final was Italy’s Arrigo Sacchi, a man who once said, “I never realised that in order to become a jockey you have to be a horse first.” He is definitely one of the greatest managers who never played football.

Sacchi failed to make the playing grade with lowly amateur side Baracca Lugo, forcing him to become a coach in his early 20s. He then took charge of that same Baracca Lugo team he wasn’t good enough to play for, juggling a promising coaching career with a job as a shoe salesman.

He next coached at Bellaria before joining A.C. Cesena, who were in the Serie B as a youth team coach. He then took over at Rimini who were playing in the Serie C1, and almost led them to a title. He got his breakthrough when he moved to Fiorentina as a youth coach. His achievements with the youth team earned interest from Parma A.C. who were in Serie C1. He got Parma promoted in his first season, and in the following season took them to within 3 points of promotion to Serie A.

However, of greater importance to his time at Parma was the team’s performance in the Coppa Italia; they beat A.C. Milan 1–0 in the group stages, and beat them again 1–0 on aggregate in the first knockout round.This impressed Milan’s new owner Silvio Berlusconi and Sacchi ended up bringing two European Cups back to the San Siro, after building one of the greatest club teams of all time at AC Milan.