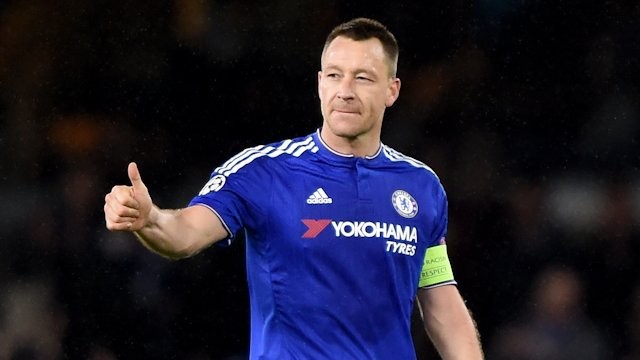 Here are the top 10 greatest defenders in the Premier League history.

King joined Tottenham as a trainee in July 1996 and progressed through the youth system.He was a one-club man, spending his entire career playing for Tottenham Hotspur from 1999 to 2012.He was highly rated as a defender and played 321 competitive matches for Spurs.King was cited by opponents and pundits as one of the best defenders in the Premier League.

In the latter part of his career, King was plagued by chronic knee problems, for which no effective treatment or remedy was found.King announced his retirement from all forms of football on 19 July 2012.

In 1999, Hyypia joined Liverpool, the team he supported as a child, in a deal worth £2.6 million. He quickly established himself in the first team, partnering Stéphane Henchoz in defence. By 2001, he regularly captained the team and that season Liverpool won a cup treble of the League Cup, FA Cup and UEFA Cup, in addition to winning the UEFA Super Cup and FA Community Shield.

Hyypiä won his highest football honour in 2005 as part of Liverpool’s victorious 2004–05 Champions League campaign.He left the club in 2009.During his ten years in Merseyside, he became a fan favourite and remains a popular figure at the club.

An experienced and dedicated footballer, regarded as one of England’s greatest right-backs,and as one of the best Premier League full-backs of his generation, Gary Neville was an aggressive, tenacious, and hard-tackling player, known for his work-rate, professionalism, determination, and consistency as a defender; due to his positional sense, he was also capable of playing as a centre-back on occasion

Neville spent his entire playing career at Old Trafford, making him a one-club man. At the time of his retirement in 2011, he was Manchester United’s second longest-serving player in the squad, behind long-time team-mate Ryan Giggs, and had served as club captain for five years. He is one of the most decorated English and European footballers of all time, having won a total of 20 trophies, including eight Premier League titles and two Champions League titles.

Campbell was a strong and imposing defender and had pace, agility and quick feet.He began his career with Tottenham Hotspur in December 1992. He spent nine years at Spurs, scoring 10 goals in 255 appearances, and captaining the team to victory in the 1999 Football League Cup Final against Leicester City.

In the summer of 2001 Campbell’s contract expired. Tottenham offered him a contract which would have made him the club’s highest paid player ever,but after months of negotiations and several public assurances that he would stay at Spurs, Campbell stated his need to leave the club in order to play Champions League football, with the likes of England manager Sven-Göran Eriksson advising him of such a course.Several top continental clubs expressed interest in signing him, but he joined Arsenal — Tottenham’s biggest rivals — on a free transfer,and as a result remained a hated figure amongst many Spurs supporters for the rest of his career.

In his five years and 195 appearances at Arsenal he won two Premier League winners medals and two FA Cup winners medals, encompassing the 2001–02 league and FA Cup double, and being part of the team that became known as The Invincibles for their undefeated 2003–04 Premier League campaign.

Considered by many as one of the best defenders of his generation,Cole began his youth career at Arsenal and made his full debut for the club in November 1999, going on to make 228 appearances. With Arsenal he won two Premier League titles, three FA Cups, and was an integral member of “The Invincibles” team of the 2003–04 season, who went the entire league season undefeated.

In August 2006, after a protracted transfer saga, Cole completed a move to rival club Chelsea, with whom he won further honours, including the Premier League in the 2009–10 season, four FA Cups, one Football League Cup and one UEFA Champions League. He was released by Chelsea at the end of the 2013–14 season.

Former Manchester City manager Mark Hughes brought the Belgium international to the Etihad Stadium in 2008 for the bargain price of £6m. That must surely go down as one of the Premier League’s greatest value-for-money deals.

Kompany played an integral role in City’s triumphant in 2011/12 Premier League campaign and is an inspirational captain.However he has been struggling with injuries over the past 18 months,if he could solve his injury problems there is no reason why he can’t top this list.

Tony Adams is widely considered one of the best players in Arsenal’s history; he was a true leader for the north London outfit over the course of 19 successful years.

He was included in three consecutive (four in total) PFA Team of the Year sides from 2007 to 2009. In the 2008–09 season, he helped United to a record-breaking run of 14 consecutive clean sheets and was awarded the Premier League Player of the Season award. He also collected both the club’s Fans’ and Players’ Player of the Year awards. The 2010–11 season would also mark further personal accolades for Vidić, most notably clinching his second Premier League Player of the Season award.

Ferdinand began his football career playing for various youth teams, finally settling at West Ham United where he progressed through the youth ranks and made his professional Premier League debut in 1996. He became a fan favourite, winning the Hammer of the Year award the following season. His achievements and footballing potential attracted Leeds United and he transferred to the club for a record-breaking fee of £18 million. He spent two seasons at the club, becoming the team captain in 2001.

He joined Manchester United in July 2002 for around £30 million, breaking the transfer fee record once more. He won the Premier League, his first major club honour, in a successful first season at the club.He was included in the PFA Team of the Year for 6 seasons.

More club success followed with another Premier League win in the 2006–07 season and a Premier League and UEFA Champions League double the following year. His career at United, in which he won 6 Premier League titles and over 15 trophies,ended when his contract expired in 2014, and he subsequently joined Queens Park Rangers where he played for just one season before being released from the club as a result of their relegation from the Premier League. He announced his retirement from professional football on 30 May 2015. 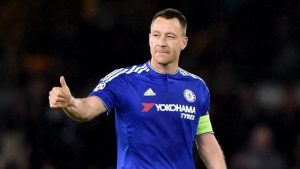 A strong, tenacious, commanding and physical defender, Terry excels in the air and is known for his aggressive tackling, positioning, leadership and his ability to read the game,he is considered to be one of the greatest central defenders of his generation.

Terry is Chelsea’s most successful captain, having led them to four Premier League titles, four FA Cups, three League Cups and one UEFA Champions League title since 2004. He is one of five players to have made over 500 appearances for Chelsea and is also the club’s all-time highest scoring defender.