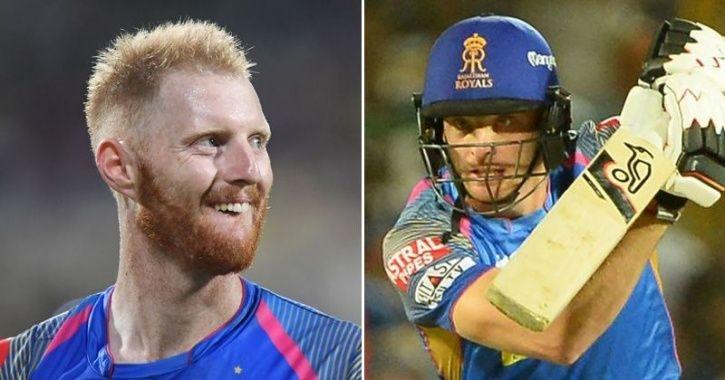 The winner of IPL season 1, Rjasthan Royals is once again ready to bang on in the field on 25th march against Kings XI. RR finished fourth last season and will look to improve their position this term. On auction day, they bought 9 players: Jaydev Unadkat, Varun Aaron, Oshane Thomas, Ashton Turner, Liam Livingstone, Shashank Singh, Riyan Parag, Manan Vohra, Shubham Ranjane. Let us have a look at the Rajasthan Royals team preview –

Ajinkya Rahane – The captain of the team, Rahane will have huge responsibility on top of the order. He will also be keen to show the Indian selectors that he is an able limited overs batsmen.

Sanju Samson – This young player has a potential to score big. Last season he also proved himself by scoring 441 runs in 15 matches. He is definitely going to be the man of watch out from RR.

Jos Buttler – His IPL career Strike Rate is 150.56. This is enough to describe that how dangerous is this British player.

Steve Smith – After a one year ban the Australian ex captain is going to come back in this season. He has pressure of perfoming well as the World Cup is just around the corner.

Rahul Tripathi – This young blood is scoring loads of runs in the domestic cricket and will look to do the same for RR.

Ben Stokes – Beast with both ball and bat, Stokes perforamce could play a key role in RR’s performance this season.

Shreyas Gopal – Made a name for himslef in the last edition of the IPL. He will be keen to repeat or do even better this season.

Krishnappa Gowtham – Another Indian all-rounder who performed well last season. RR will have high hopes from him.

Jaydev Unadkat – Once again he became a millionaire with Rs. 8.4cr bid from Rajasthan Royals. He has a potential of playing match winning game.

Varun Aaron – His fast seaming deliveries could trouble the batsmen. He needs to impress this season in order to make a chance for himself to come back in the national side.

Oshane Thomas – This Jamaican fast bowler has impressd very much in the last couple of years. It will be very interesting to see how he performs on Indian soil.

Dhawal Kulkarni – An experiencd campaigner, Kulkarni knows how to handle the pressure when the batsmen are looking to whack you out of the park.